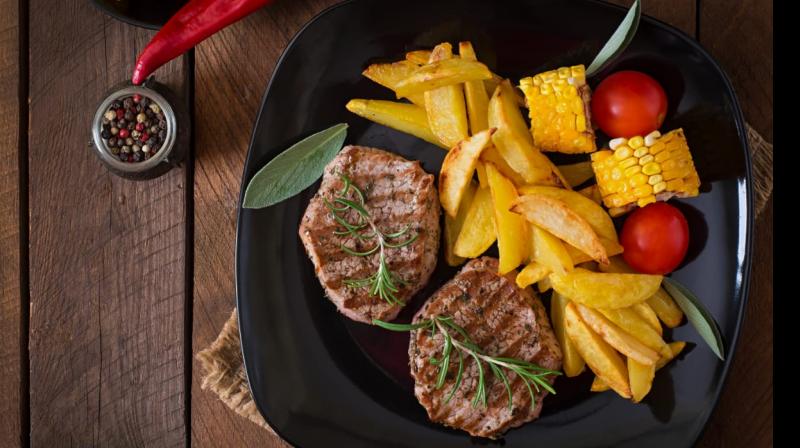 Recently, business magnate Bill Gates, said there is no way to produce enough meat in the traditional way to feed the world population of the future. “Raising meat takes a great deal of land and water and has a substantial environmental impact. Put simply, there’s no way to produce enough meat for 9 billion people. Yet we can’t ask everyone to become vegetarians. That’s why we need more options for producing meat without depleting our resources,” Gates wrote on his personal blog. The billionaire has been advocating cultured meat.

Scientists estimate that the world population will reach 9.6 billion by the year 2050. This population will increasingly live in urban areas and will include a rising number of middle-class people, both of which point to more meat consumption.

What is cultured meat, and how would it help?

Lab-grown meat, also known as clean meat, does not come from slaughtered animals but is from cells harvested from live animals, which are then grown into a meat product in a lab.
“Synthetic meat is cultured using myocyte stem cells (stem cells of muscle tissue),” explains Dr Hari Kishan Boorugu, Senior General Physician, Yashoda Hospitals. “There has been some interest in synthetic meat (also known as cultured meat) of late. But there has been no clarity about its advantages and disadvantages,” he points out.

Is lab-grown meat the same as mock meat?

“There are two different ways of producing meat substitutes. One is plant-based substitutes, like mock meats. They are made of soya or pea proteins and injected with beetroot to give a ‘real meat’ feel. The other way is to take cells from animals and develop real meat cells from that in labs,” according to chef-turned-entrepreneur Shankar Krishnamurthy. He feels the latter will be a huge saving for the planet in terms of less consumption of feed and water, lower greenhouse gas emissions, etc
Like plant-based ‘meat’, lab meat aims at addressing the environmental and ethical problems of producing animal meat.

According to the Food and Agricultural Organization (FAO) of the United Nations, world food production will need to increase 70 percent to meet demand. To feed the projected population with meat produced the traditional way, deforestation will have to be doubled, sending up greenhouse gas emissions by 77 percent.

“Cultured meat is by far the most sustainable alternative for consumers,” says Dr Nida Fatima Hazari, Founder, Heal-Thy Nutrition by Nida. “This type of meat is definitely less prone to biological risk and zoonotic diseases, since it incorporates standardised and tailored production methodologies, contributing to improved nutrition and health,” she says.

Are consumers ready for meat grown in a lab?

According to research done by the Maastricht University (UM), most people who are properly informed about cultured meat are willing to pay nearly 40 percent more for it than for ‘regular meat’.

“I have had ‘impossible burgers’ flown in from USA. They did taste different, though they look and feel very real. Guess acceptance will take time, and GenZ will lead from the front to make it popular,” says Shankar.
Soya milk lattes and veggie burgers made of plant-based protein have gone mainstream. But lab meat? Consumers are not quite so convinced. “I would recommend a natural way, personally, says Alok Kaul, Hotelier and Food & Beverage specialist. Pointing out that India has a vast variety of vegetarian and non-vegetarian cuisine, Alok says the taste of meat differs from Kashmir to Hyderabad because of the water the animals drink, and the food they eat. Cultured meat may not fit every taste,” he cautions.

A question of attitude

Nida, who holds a Ph.D in food and nutrition, says, where the lab meat market goes next will depend on consumers’ attitudes. “Cultured meat will no doubt reduce the demand for meat from animals in the future in the context of rising global meat consumption; but it caters only to a specific segment of society which is open to the concept,”, she says, adding, “Ultimately, the taste, texture, price and transparency around safety of the food will be the main  determinants, and vital for the success of cultured meat, especially in a country like India.”
To grow meat from animal cells, you need three basic things. First, you need cells of course. Second, those cells need to be fed, so you’ll need a nutrient-dense liquid medium. And finally, you need a bioreactor, which is one of the biggest challenges this nascent industry has to overcome. “It’s a very expensive process at this stage, but in due course, things may improve, feels Shankar.

77%is the projected increase in greenhouse-gas emissions by 2050

l Advantages include catering to increasing demand for meat, absence of fat, supply of muscle protein, and possible environmental benefits (by reducing greenhouse emissions associated with animal husbandry). Animal farming involves using heavy amounts of antibiotics, which is one reason for growing antibiotic resistance, and synthetic meat may be one way of combating this!

l Disadvantages include poor acceptability from consumers, lack of bone content, which is a good source of calcium, lack of flavour, difficulty in producing different types of meats and high cost.

Lord Mountbatten’s custom Jaguar to be offered at auction