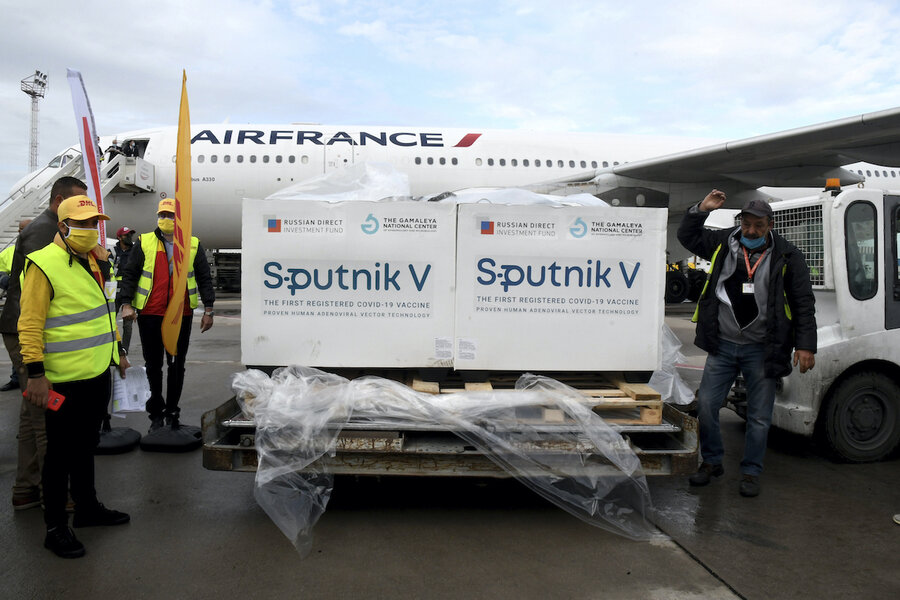 When Sputnik V became the world’s first COVID-19 vaccine to be officially registered last August, many commentators derided it as “Putin’s vaccine” and stressed the non-transparent, state-led, and propaganda-driven manner of its introduction.

In what looked like politically driven haste, the vaccine was declared ready for use before tests had been completed, or adequate information made available to the global scientific community.

“There was no scientific data at the beginning, no transparency. Then suddenly they began public vaccination,” says Irina Yakutenko, a Berlin-based molecular biologist and science journalist. “They broke all the rules.”

While the Kremlin and its Western critics frame the Sputnik vaccine in propaganda terms, it may actually show what Russian science is capable of – and the extent of the public’s doubts over it.

But today, the nearly three-month-old rollout of Sputnik appears to be going smoothly.

“We know that many people are doubtful,” says Dr. Anna Matveeva, head doctor of Clinic 62 in Moscow, where shots are being given out for free to those who request them. “Our doctors get a lot of questions. Some people are waiting for other vaccines, or for the results of more testing. But we have already vaccinated 600,000 people in Moscow, and we are quite sure of the efficacy of this vaccine.”

The controversies swirling around Russia’s vaccine rollout offer a textbook example of how the world often judges Russia negatively, informed by complaints over longstanding Kremlin propaganda and advantage-seeking – and how the Kremlin’s behavior frequently makes things worse. What is often overlooked is another key feature of Russia: its status as a developed country, with a highly educated population and a centuries-old scientific establishment that has many great achievements to its credit, from the invention of the periodic table and radio to putting the first man into space.

Masha Lipman, editor of Counterpoint, a journal of Russian affairs published by George Washington University, was among the first Russians to go and get the Sputnik vaccine as soon as it was made available to the general public. Ms. Lipman is a liberal critic of Vladimir Putin, but says her decision had nothing to do with him.

“I didn’t act out of faith in Putin, but I have many good professional friends who know what they’re talking about, and they told me that this vaccine was effective,” she says. “And it is a beneficial thing for the Russian people. It’s a source of pride that we don’t have to depend on other countries. Scientific professionals have excellent reasons to feel pleased with the accomplishment. And, yes, sure, it’s a cause for the Kremlin to feel proud. But it’s a good reason, because something was accomplished that benefits the Russian people and humanity at large. So, it’s win-win for everybody.”

Real science and a dubious public

It may seem aggressive that the Kremlin chose to deliberately invoke the 20th century “space race” by naming the vaccine after Sputnik, the Soviet breakthrough that put the first human-made satellite in space. But the Kremlin had little to do with the actual science behind the vaccine’s development, which was carried out by Russia’s storied, and largely independent, science establishment.

“It’s too bad that there was a propaganda price attached to Sputnik, because this vaccine appears to be quite good and very competitive,” says Vasily Vlasov, a professor of health policy at Moscow’s Higher School of Economics. A February report published in the medical journal The Lancet, found that Sputnik V is safe and showed 92% efficacy in trials. “Some propaganda – for example, various big claims that come out of North Korea – may have no substance or value. But this Sputnik vaccine is a very real thing.”

Russia’s Direct Investment Fund, which holds the rights for Sputnik, has also engaged in vigorous “vaccine diplomacy” by handing out licensing deals to produce the vaccine to several other countries. That seems in part due to Russia’s own lack of reliable production capacity, which has reportedly led to shortages of vaccine doses for Russians outside the main centers of Moscow and St. Petersburg.

But it’s also a response to the growing global demand for Sputnik, which has now been authorized for use in at least 30 countries. India’s ambassador to Russia, Venkatesh Varma, says at least one Indian company, Dr. Reddy, has already signed an agreement to produce 100 million doses of Sputnik in India, and other deals are in the pipeline. This production will go to meet Indian demand, and also to help fulfill Russia’s export orders once regulatory approvals are obtained, he says.

“This will be a game-changer for Sputnik V,” since India has about 60% of global capacity for vaccine production, Mr. Varma says.

While Russia is keen to export Sputnik, its domestic market is cool to the government’s offer of the vaccine. So far less than 4% of Russia’s own population has chosen to be vaccinated, with many of them harboring a deep skepticism about Sputnik’s safety and proven effectiveness.

A significant number have also embraced conspiracy theories around COVID-19’s origins. One finding, which probably reflects the depth of such thinking among Russians, was that 62% said they think the coronavirus was “artificially created,” perhaps as a biological weapon, while just 23% thought it occurred naturally.

“This problem of vaccine hesitancy is greater in Russia than other places, because people lack trust,” says Mr. Vlasov, the public health expert. “People today are more individualistic, more skeptical, more insistent on their own preferences than they used to be. … It’s quite possible that in places like Russia a lot of people may never get vaccinated.”