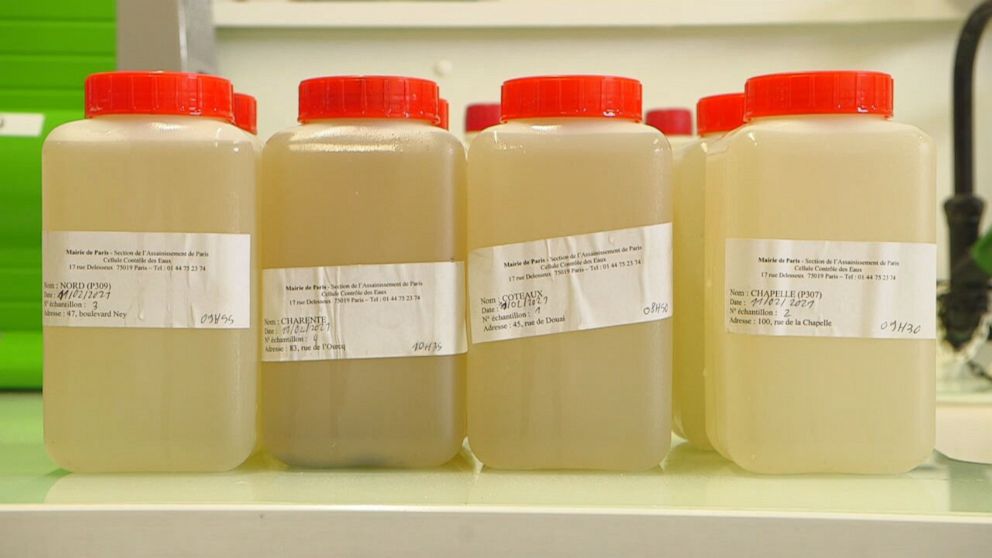 As the cafes and riverside roads of Paris await the return of visitors from around the world, important clues in the fight against COVID-19 lie beneath the streets in the city of lights.

At a water treatment plant on the outskirts of the French capital, the nationally-funded Obépine network uses cutting edge work on raw sewage to help experts detect and track the virus. Obépine monitors nearly 50 wastewater stations around the country.

While it can take days for a human infected with the virus to exhibit symptoms, COVID-19 shows up immediately in the waste water. Immediate test results allow scientists studying the water to alert the government.

This early warning system has helped the country better understand the spread of the virus and it’s allowed experts to pinpoint where further restrictions are needed or where others can be lifted.

Laurent Moulin is leading the study, the most advanced of its kind in Europe. The process determines the concentrations of genetic material from COVID-19 in the sewage samples.

They’re watching out for much more than just COVID-19. Moulin said the process can also identify “those little worms that eat your insides … and an awful lot of bacteria, and some could be harmful and [others] just naturally occurring bacteria in the network.”

Work at this lab is also helping to identify COVID-19 variants earlier.

“We are trying actually to perform a specific procedure to discriminate between the whole quantity of coronaviruses and the specific mutations related to some of the variants,” Moulin said.

Epidemiologist and ABC News contributor Dr. John Brownstein described the process as the future of disease surveillance and prevention.

“Wastewater epidemiology represents a whole new opportunity,” he said. “It means that you could potentially detect illness even before people even know that they’re sick. There is no sort of individual privacy issues because you’re aggregating across large parts of the population, so it makes it much easier to collect this data and share it broadly.”

In the U.S., companies like Massachusetts-based Biobot have pivoted from testing for opioids to analyzing sewage for viruses like COVID-19, bacteria, and chemical metabolites. This information can help precisely assess a community’s health and wellbeing.

However, the U.S. is still far from having a national monitoring system like France.

“There has to be sort of a federal effort to fund these kinds of tools like wastewater data to make it actually a continuous effort across the country,” Brownstein said. “As we know with coronavirus, it’s not just highly clustered. We know that there is rapid spread of this virus across communities, and so we have to have visibility across all parts of the country in order for these tools to really be effective.”

For the French, testing the water isn’t just a useful way to determine when to ease restrictions, but a way to make sure they don’t have to be imposed again.

“It’s one of the ways to have a vision of the future of the outbreak,” Moulin said.