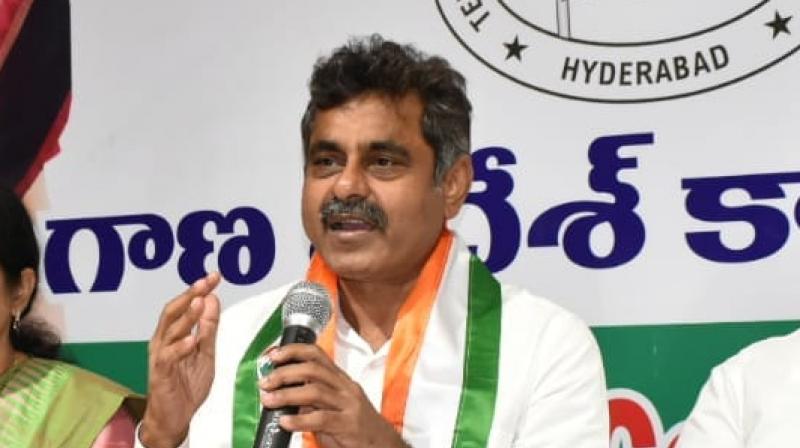 Speaking to Deccan Chronicle, Mr Reddy said, “all options are open. Since it would have been unethical to explore options while being in the Congress, I wanted to first submit my resignation to the party. I waited for all these days because I was waiting for the MLC election to be over in the state so as not to cause damage to Congress candidates, especially G. Chinna Reddy, who contested from the Hyderabad, Mahbubnagar and Rangareddy graduates’ constituency.”

After formally submitting his resignation, the former Lok Sabha Member of Parliament from Chevella, said that he would be taking a three-month break from politics before finalising his next course of action.

“All options are open. I may join the BJP but I am not under any compulsion to join the saffron party,” he said, before taking a dig at his former party, the TRS, saying, “if the party gets a decent leadership, someone like Etala Rajender or Harish Rao and apologises to the people of Telangana for its misdeeds, who knows, I might even join the TRS. But it is most unlikely.”

Without ruling out even creating a new regional political party, bringing all those who are unhappy with the TRS and the Congress but not keen on moving to the BJP, he said, “I am presently keeping the choice on the table. I will meet and discuss with various leaders from all political parties and maybe float a new party in Telangana. But if I take up this option, it won’t be a dummy party but a real alternative to the TRS. It would be a strong party which will fight for the true spirit of Telangana", Mr Reddy said.

He said that if nothing works out, he was even considering quitting politics. “I am here for a cause, not to benefit personally. If I cannot achieve the cause of rekindling the real spirit of Telangana, I don’t rule out even quitting politics.”

Mr Reddy, however, added that he is very open to joining the BJP, which is looking at this point of time as best placed to ending the TRS reign in the state, saying he would publicly talk about his next step in three months' time, after thinking and discussing the issue with various stakeholders.

Mr Reddy had previously, on various public platforms, openly disclosed that he would quit Congress if the party functioning does not change. On Monday he finally officially resigned from the Congress.

Mr Reddy joined the TRS in 2013 during the Telangana movement and won his maiden elections as a Member of Parliament seat from the Chevella Lok Sabha constituency in 2014 General Elections by over a margin of 75,000 votes. Later, he shifted his loyalties to Congress during the assembly elections in 2018. In 2019, he took part in the Lok Sabha elections from Congress but was defeated.

"After a hectic time campaigning in the MLC polls, I will be taking a break for a week and won’t be very active on Twitter for a week or so. However, I may organize a meeting with Tweeple this Sunday. In the meantime I will leave with a thought to think about, with a tweet later today",(sic) Mr Reddy tweeted through his official handle.