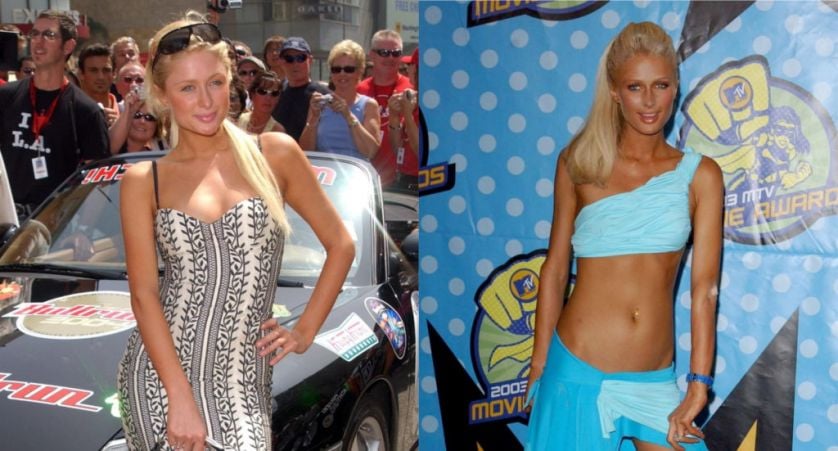 Influencers might be a dime a dozen now, but arguably they owe a debt of gratitude to the original internet era tastemaker: Paris Hilton.

Hilton was the It girl of the Noughties, publishing books, releasing songs, appearing in reality TV show The Simple Life with Nicole Richie and coining phrases such as, ‘That’s hot’, and ‘Loves it’.

Now 40, Hilton has become something of a high fashion darling and is appearing in Lanvin’s spring/summer 2021 campaign. The brand wrote on Instagram: “Inspired by the 1950’s portraits of New York City’s society women, then referred to as ‘swans’, this campaign interprets the modern-day swan – the influencer.

“Bruno Sialelli chose Paris Hilton as the incarnation of this mediatic era in today’s society being at its origin. Paris Hilton installed a new paradigm based on self-generated way of communicating which influenced and inspired new generations, amplified by social networks and mainstream media.”

In the Noughties, Hilton set some major trends and massively influenced our fashion and beauty looks. Remember this lot?

Tiny shoulder bags tucked in your armpit weren’t the most practical accessory, but Hilton’s vast collection made us lust after the look.

We might be in the era of teeny tiny sunglasses, but in the Noughties, it was all about huge shades – the bigger, the better. Hilton helped propel this trend into the mainstream, and favoured wraparound glasses in a variety of colours (including the confusingly clear versions).

Hilton’s jetset lifestyle was lavish, but elements of her wardrobe were more relatable – like her love of trucker hats, shared by other Noughties stars including Britney Spears and Gwen Stefani. Von Dutch was the celebrity brand of choice, but really any trucker would do.

The 2000s practically mandated low waisted trousers, skirts and everything else. Hilton championed the look and would wear her low-slung outfits with crop tops for extra midriff.

The absolute dream was to accessorise with a miniature dog.

Another Noughties trend we can thank Hilton for: lips so glossy and sticky, strands of your hair would inevitably get glued on.

Everything about Hilton’s style was – and still is – uber feminine. Pink, in her world, is always a good idea.

We all wanted a full velour tracksuit – preferably by Juicy Couture. Now they’re back. In 2020 Hilton starred in a Skims campaign with Kim Kardashian, modelling a modern take on velour trackies (spoiler alert: they look exactly the same).

9. A chunky side fringe

Apparently Gen Z have declared side partings ‘over’, but that’s probably because they weren’t old enough to watch The Simple Life when it originally aired. Hilton showed us side partings were the way to go – particularly when paired with a chunky side fringe and optional tiara.