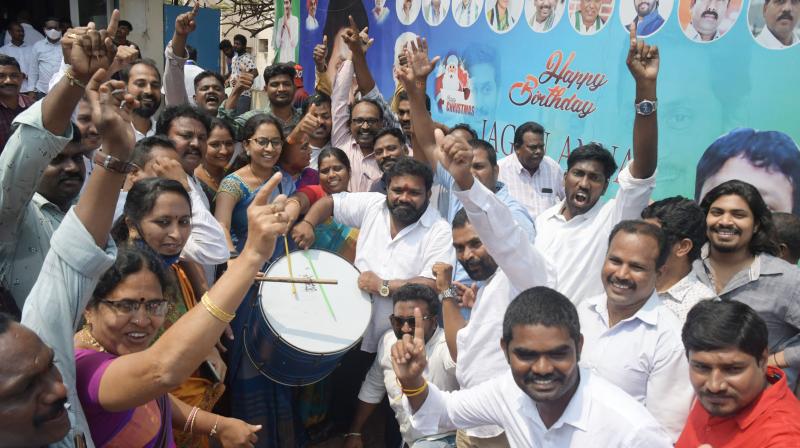 Nellore:It was a clean sweep for YSR Congress in the Civic body elections at SPSR Nellore and Prakasam districts. The party bagged the majority of the wards even in some municipalities where TDP appeared better placed.

In Prakasam district, TDP suffered a humiliating defeat in Ongole Corporation where the party failed to win at least one ward. The same situation prevailed at Kanigiri Nagar Panchayat too.

The victory of independents in 13 wards at Chirala municipality can be attributed to the rebels, belonging to the ruling party, in fray because of serious differences between party leaders mainly sitting MLA Karanam Balaram and former MLA Amanchi Krishnamohan.

In Nellore district, the election was held at Venkatagiri, Sullurpeta and Atmakur municipalities and Naidupeta Nagar Panchayat and YSR Congress won all of them effortlessly.

With respect to other opposition parties, BJP was the only party, which could bag one seat at Naidupeta Corporation while independents secured two wards at Atmakur.

In fact, YSRC won all the 25 wards much to the delight of YSRC leaders especially the legislator of the segment Anam Ramanarayana Reddy.