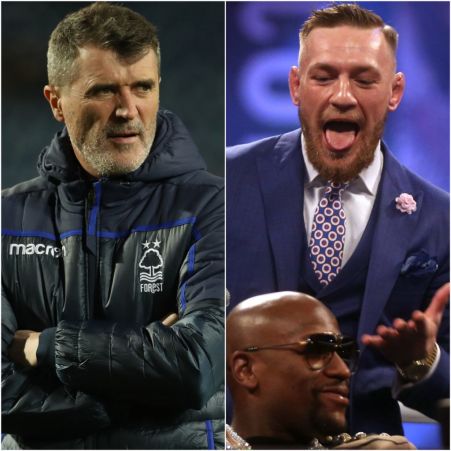 Here, the PA news agency looks at some of the best examples from March 17.

More to the point, how the hell did I agree to this? 🤣 https://t.co/PpuKkq6OpW

We got there in the end 😉

Happy #StPatricksDay from @No1ShayGiven and all at Derby County Football Club 🍀 pic.twitter.com/SUVoDHYVag

To all of our fans around the world! pic.twitter.com/WX6bzlcre3

To my Irish followers- Happy St Patrick's Day – can I have a passport please?

Happy #StPatricksDay! You were expecting a green shirt, weren't you?

In the late nineteenth and early twentieth century, the Irish national team's primary jerseys were not green. Until 1931, the IFA-affiliated side wore shirts like these.

Jeff Stelling was reminded of how hard Raith Rovers can be to say!

Proof if need be. They DO exist! pic.twitter.com/Jh9EhbrSjp

Luke Shaw was grateful to have been named Manchester United’s player of the month.

Thank you to everyone who voted ❤️ https://t.co/JWIccFjxtD

Liverpool, Barcelona and Manchester United turned the clock back.

Beckham on the bench? Veron stepped up 🎯#MUFC #GoalOfTheDay pic.twitter.com/B41tBLvvkC

I am unbelievably fortunate and proud to play for England with such a special group of players, support staff and fans 🏴󠁧󠁢󠁥󠁮󠁧󠁿 https://t.co/QcQI4ZYic8

We’ve shared great memories and hopefully many more to come.

Sam Curran and Jofra Archer revelled in another England win.

Steve Smith was looking to develop the next generation’s cricket skills.

Are you looking to improve your cricket in 2021? The Steve Smith Cricket Academy is launching soon. I would love to hear what tips you need. Let me know! #SteveSmithCricketAcademy #SSCA #cricket #comingsoon pic.twitter.com/LQYYsS2Yrt

You don’t see that every day.

So sad to hear this news, the Queen of the Nurburgring taken far too soon. RIP Sabine. https://t.co/QJ7C6GFXCL

The rematch is getting closer.

Morning Really touched by Roman Kemp: Our Silent Emergency TV programme suicide is not the answer But people feeling down & depressed must talk. I loved the suggestion on the programme ask people twice how they are. The 1st time we really don't listen to the answer. pic.twitter.com/Vmbvg2emYE

A big day for the Mose Masoe Foundation.

It's a huge day today as we officially reveal why The Mose Masoe Foundation is being launched, to support Mose and his family following his life-changing injury.
We're delighted that @SuperLeague is supporting a 'virtual ticket' campaign for Round 2.https://t.co/dBFaEaWX33 pic.twitter.com/bRqsMnAtGM

@TrentW71 you petty AF 😂😂😂. Congrats on the deal and history Silverback. Very deserving. Excited to see you continue to do 🦍 things.

Usain Bolt was giving back.