added another gaffe to his long list of bloopers after he said he and “President ” –  his vice-president – took a virtual tour of a vaccination centre. Many who listened to the conference begun ridiculing the head of state with tweets pointing out his mistake. The president is known for his regular gaffes such as referring to former Prime Minister Theresa May as Margaret Thatcher and saying the word “jobs” was a three-letter word.

During his speech, the US president said that ethnic minorities are the worse hit in the pandemic and said that “speed and efficiency” are key to tackle the pandemic.

But while he was delivering a monologue, Biden appeared to mix-up and stumble on his words when referring to Kamala Harris.

He said: “When President Harris and I took a virtual tour of a vaccination tour in Arizona not long ago one of the nurses on that tour said that each shot was like administering a dose of hope.”

Many on Twitter grew concerned over the comments as Biden’s health is a regular issue that many people question.

Another added: “That ‘stuttering’ problem appears to be getting worse.”

A third person said: “On the same day that Vladimir Putin wishes him good health.”

A fourth noted: “This guy is a mess.” 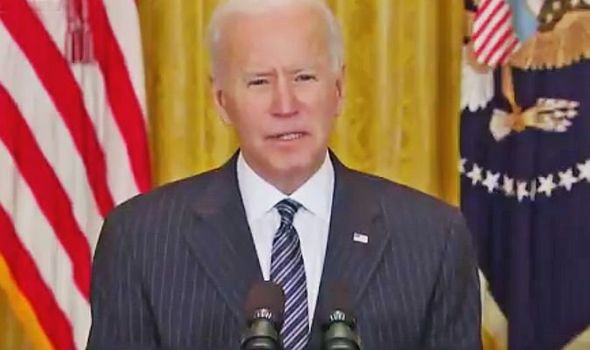 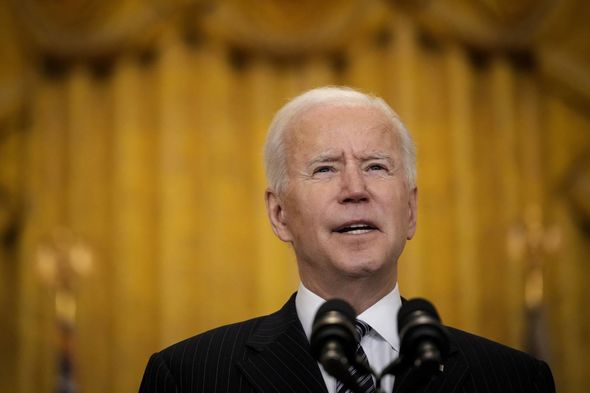 Joe Biden’s health has often come into question by his supporters and rivals as his regular gaffes are interpreted as being bigger than simple mistakes.

The president has also been given the nickname “Sleepy Joe” as he often appears confused or messes up what he says or means.

Russian President Vladimir Putin appeared to make fun of Biden after he was shown clips of the US president calling Putin a killer.