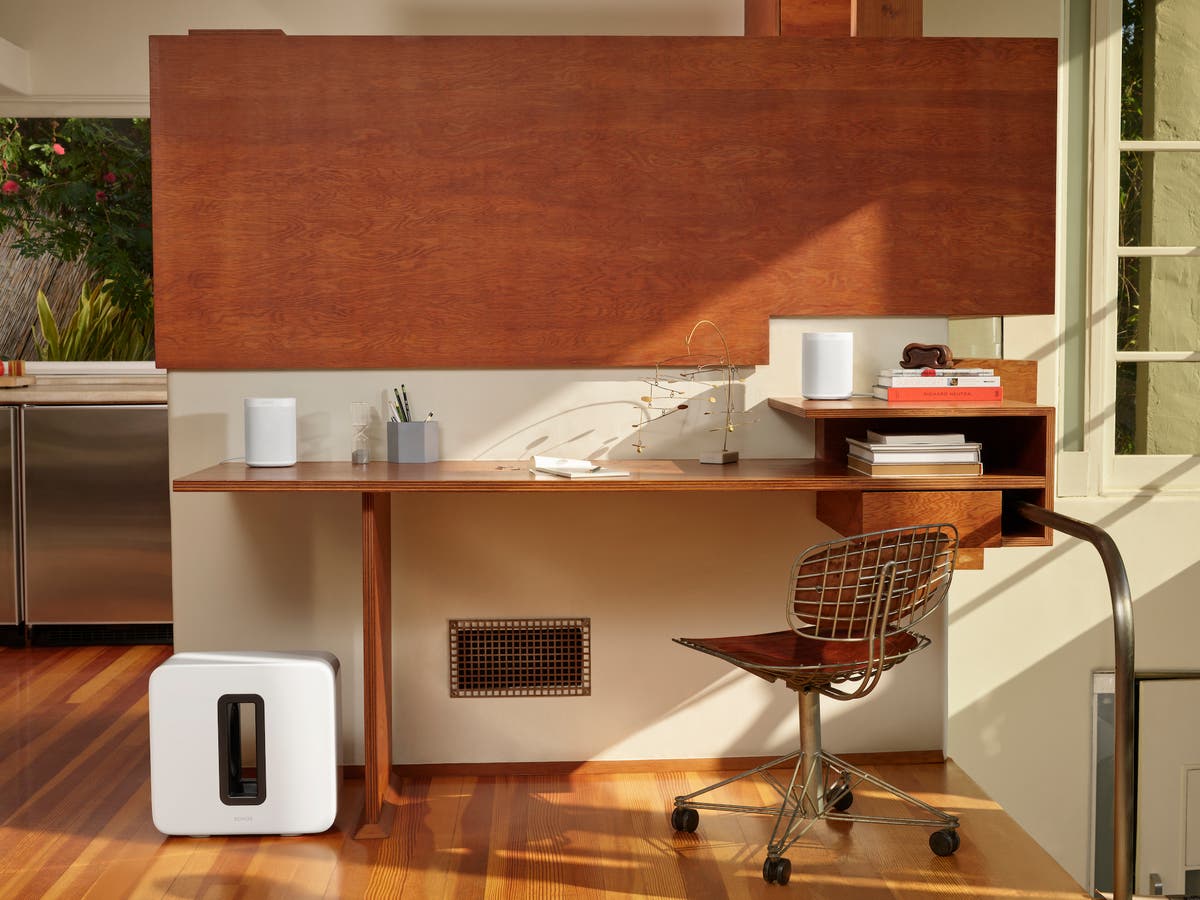 Sonos is preparing to release a small, portable speaker in the coming weeks, according to a new leak.

The speaker, named the Sonos Roam, is much smaller than the Sonos Move that was released in 2019 and represented the company’s first entry into the portable speaker market.

Sonos makes speakers that connect to the internet and are then able to stream music from a variety of sources, as well as connecting to each other to enable multi-room audio.

The Move had all the same features but also came with a large battery pack mounted to it that allowed it to be used away from the house. The speaker was also the first to be able to connect over Bluetooth, though it can also use WiFi and stream like any other Sonos speaker.

The Roam appears set to have all of the same features as the Move but in a much smaller and cheaper package.

Sonos has already confirmed that it will be hosting an event on 9 March, and the invitation to that event featured someone carrying a backpack, suggesting that whatever product will be launched is relatively portable. Regulatory filings have also appeared to suggest that a portable speaker is on the way.

The speaker will cost $169, or likely a similar price in pounds, according to The Verge, which first leaked details of the speaker. It will be 6.5 inches tall and 2.5 inches by 2.5 inches round, the site reported.

Exclusive: this is the Sonos Roam, coming in April for $169 https://t.co/7NGKfKS4Jb pic.twitter.com/FIBEjW3S8T

Unlike the Move, which sits in a charging dock to get power, the Roam will be able to be plugged in through a normal USB cable. A separate dock will be available for $49, The Verge reported.

The Move is both relatively heavy and large: while it is small enough to be carried around the house, it is too heavy to be regularly taken on trips.

The Roam looks set to address that problem by packing Sonos’s speaker technology into something much smaller and able to compete with lighter and cheaper speakers such as the UE Boom.

The speaker is currently planned to ship on 20 April, The Verge reported.