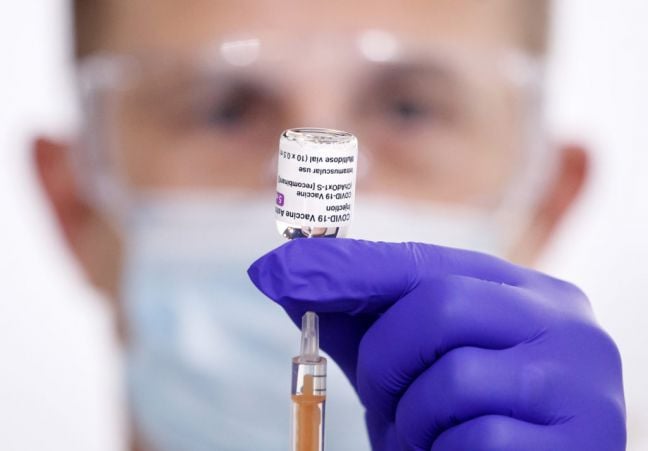 The vaccine rollout should not be 'a race between countries', the WHO says. Photo: PA

The benefits of the AstraZeneca vaccine “far outweigh the risks”, a senior director for the World Health Organisation has said, as multiple European countries continue a suspension of its use.

Dr Hans Kluge, WHO regional director for Europe, said it was “routine to signal adverse events” but reiterated that people should “have confidence” in the protection given by vaccines.

It comes as the European Medicines Agency (EMA) prepares to deliver its verdict on the safety of the AstraZeneca vaccine after more than a dozen countries, including France, Germany, Italy and Spain suspended its use.

“The Covid-19 vaccination will not reduce death or illness from other causes,” Dr Kluge told a press briefing on Thursday.

… nonetheless, early data from Israel, Scotland and the UK, linked to effectiveness against severe disease by the Pfizer/BioNTech and Astra Zeneca vaccines, is promising and show lives are being saved @hans_kluge

“As of now we do not know whether some or all of the conditions have been caused by the vaccine or by other coincidental factors.

“At this point in time, the benefits of the AstraZeneca vaccine far outweigh its risk and its use should continue to save lives.”

Dr Siddartha Sakar Datta, regional adviser on vaccine-preventable diseases and immunisation with the WHO in Europe, said the effects of temporary vaccine suspension would “not be visible” immediately.

“The effect of this temporary phenomenon will not be visible in a day or two, we have to look into this very closely,” he said.

“However as the countries have made this decision to suspend, they will have to look into the length of this temporariness.

“If it goes quite broad, days or months… then I’m sure it will show its effect.”

Dr Datta added that vaccine rollout should not be “a race between countries”.

“It is understood and countries are making an effort to provide their population with the benefits of this vaccine,” he said.

“But it is not a race between countries. All countries… are running one race against the virus.”

“We have to keep that in mind when we try to put that whole big picture in place.”