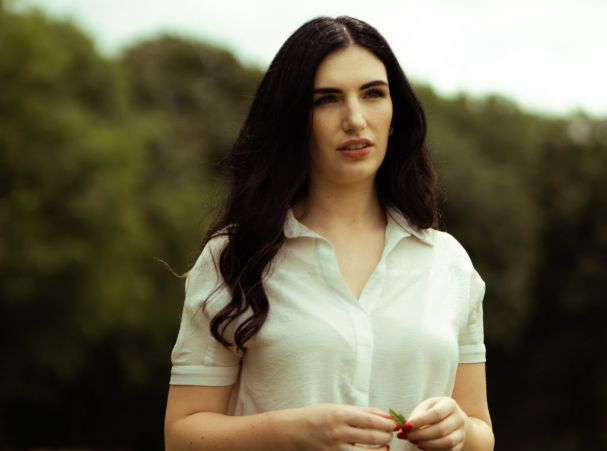 “Whisky’s made from barley, water and yeast, but barley is ‘king’ and the provenance of the barley is our key driver,” says Grace O’Reilly, agronomist for Waterford Whisky, and Ireland’s first distillery crop walker.

“From the beginning, we’ve been faced with this industry divide that terroir doesn’t exist in spirits. In the world of wine, it’s just accepted that terroir exists, whereas we’re saying vintage conditions and the impact of terroir does exist in single malt whisky – and the interaction of the variety with the environment has an effect on the end flavour,” O’Reilly explains.

Terroir means the complete natural environment in which a drink’s produced – so that includes the soil and climate. According to a recent study, The Impact of Terroir on the Flavour of Single Malt Whisk(e)y New Make Spirit, published in science journal Foods, researchers found proof of terroir’s existence in whisky – and evidence the growing season or vintage can influence taste.

Irish whisky is enjoying a boom. And not content with making ‘just the most compelling Irish whisky, but the world’s most profound single malt’, Waterford – a former Guinness brewery on the banks of the River Suir, founded in 2014 by Marc Reynier, an entrepreneur with more than 40 years in the drinks industry – has been credited by some as leading the way when it comes to applying the rigours of terroir to the spirits world.

Reynier wants to shine a light on what really makes malt whisky the most complex spirit, and believes barley tips the balance.

Waterford Whisky (without an ‘e’) is based on the theory that barley’s flavours are influenced by where it’s grown. Along with being a single malt (a single type of grain from a single distillery), their whiskies are single farm, meaning each farmer’s crop is harvested, stored, malted and distilled separately.

“Waterford is modern, it’s edgy. It’s like wine and cognac, it’s terroir driven and it’s all about the provenance of the spirit,” says O’Reilly. “That’s what stands out with Waterford. We’re not looking into the past, we’re looking forward and creating a new benchmark for whisky in Ireland.

“And it’s about educating the consumer and bringing them on a journey with us. On the back of the bottle we have a code called the ‘TÉIREOIR’ code, and this gives you all the information on how that bottle came to be. From the farm it was grown on, the date it was harvested, the date is was brought to the distillery, right down to when it was put in cask and bottled,” O’Reilly adds.

Waterford released its first whisky last year, a limited-edition bottling called Pilgrimage. “A cuvée  if you like, from 36 farms from the first harvest,” says O’Reilly.

More exciting unveilings followed (some have sold out or become collectors’ items), with more expressions including single farm origins (derived from unique places in Ireland to compare and contrast) available later this spring.

And they’ve already racked up a couple of awards: Distiller of the Year and Brand Innovator of the Year at the prestigious Icons of Whisky Ireland Awards 2021.

Here, O’Reilly sheds some light on her journey so far…

How did you first get into whisky?

“By accident. My background’s agriculture, my dad’s a farmer. I went to college and specialised in crops. The aim of the game was to go and advise farmers and growers on how to manage their crops and I became an agronomist – the less formal term for a crop walker.

“I worked very closely with Waterford, and Mark Reynier invited me to have a chat with him and said: ‘Listen, we need someone who knows the field, who can communicate with growers and who can translate terroir to the production team, to the brand, to media, to visitors; whoever is asking’. He needed somebody on his team who was able to do that, and because I’d worked with Minch Malt, I knew the ins and outs of the industry.”

Why do you think increasing numbers of women are enjoying whisky?

“I think people in general are beginning to drink less, but drink better quality spirits. Phases come and go. I went through phases of drinking rum, drinking gin, but I think whisky is timeless, it’s like the Chanel of spirits. And I think that might be appealing to women, the fact people are drinking less and drinking better. And people will always drink whisky.”

What’s your advice to women who want to widen their whisky knowledge?

“I’m from County Meath, an hour north of Dublin, so the other end of the country. When I went down there [to Waterford], I had no friends, no social circles. The first thing I did when I got the job at Waterford, I said: ‘I’ll join the local whisky club.’

“I’m a really sociable person, I love going out, having a few drinks, I love meeting people. And you’re learning and don’t even know you’re educating yourself when you go to a whisky club, because it’s a night out, and everyone’s talking about whisky.

“And it’s not just about drinking Waterford. Drink all types and then you’re able to give every whisky the best chance, because you’ve tried and tested more.

“And getting other people’s opinion on a spirit. You can pick up on flavours, and the person beside you might pick up on something else. Once someone says: ‘Oh, I can taste bananas’, it’s like someone telling you they can hear the clock ticking in the room. You didn’t beforehand, but afterwards you can hear it!”

An organic single malt whisky and first in the Arcadian series, the barley’s sourced from six different farmers and matured in a combination of first-fill American oak, virgin American oak, Vin Doux Naturel and French oak casks. On the nose, orange zest and salted caramel are in the driving seat, with florals, citrus notes, barley sugar, butterscotch, earthy spice and a kiss of sweetness on the lasting finish.

The Teeling brothers are also part of the new generation of distillers who’ve led the push into premium and innovative whiskies – and brought distilling back to Dublin for the first time in 100 years, when they revived the family brand in 2012. Their flagship expression was the first Irish Whiskey to be finished in a rum barrel, bottled at 46% and non-chill filtered. With a deliciously fruity profile, vanilla, sweet spice and lingering woody undertones sing from the glass.

A single pot Irish whiskey made at The Shed Distillery in Drumshanbo, the first distillery in the north-western province of Connacht in more than 100 years. Made from malted Irish barley and Irish barra oats, it’s matured in a combination of Kentucky bourbon and sherry oloroso casks and opens up with toasted nuts, honeysuckle and toffee, with a lovely creamy palate of dark chocolate, figs and sweet spice. A charmer.

Georgia ‘Toff’ Toffolo: I’m not a vacuous TV star who’s had a bit of luck