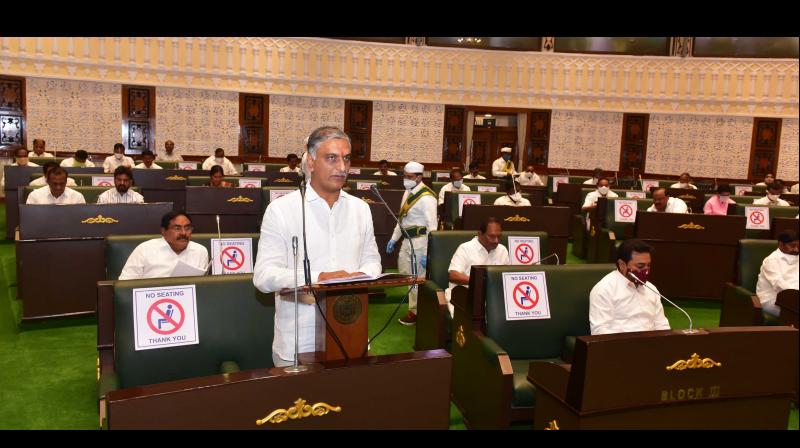 Hyderabad: Finance minister T. Harish Rao announced that each legislator and MLC will get Rs 5 crore as Constituency Development Fund (CDF) in the upcoming financial year year, in Budget 2021-22. The sum was Rs 3 crore last year.

Accordingly, the budgetary allocation has been increased from Rs 480 crore last year to Rs 800 crore.

When Harish Rao read out the proposal, legislators cutting across party lines responded with prolonged applause. The minister could not continue with his speech for some time, and Chief Minister K. Chandrashekar Rao had to signal them to quiten down.

The government had done away with the CDF in the 2019-20 Budget due to the economic slowdown but resumed it last year after MLAs and MLCs pointed out that they were unable to take up developmental works which the people had requested.