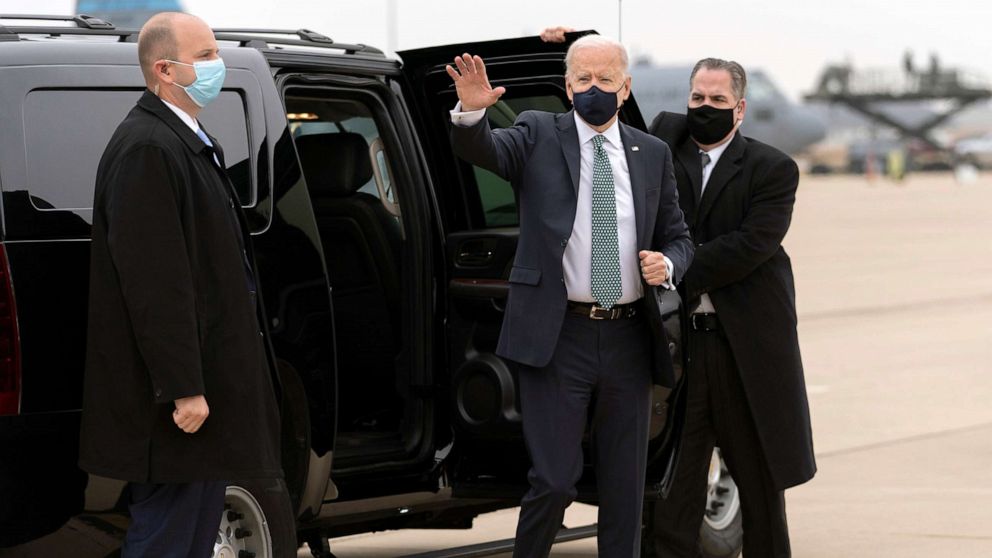 President Joe Biden’s Irish pride certainly showed during his first St. Patrick’s Day as president, as he held a traditional bilateral meeting with the Irish Taoiseach, albeit virtually due to COVID-19.

“Everything between Ireland and the United States runs deep, Taoiseach, our joys, our sorrows, our passion, our drive and our unrelenting optimism and hope,” Biden said as Ireland’s Prime Minister Micheal Martin appeared next to him on a television screen.

The president lamented the virtual nature of bilateral meeting, a traditional St. Patrick’s Day event, expressing his hope that the two leaders would be able to meet in person next year.

“With each person vaccinated, we move closer to the day when people can meet each other, hug each other and celebrate again. And I greatly look forward to you being able to visit Ireland, as you have done so many times and, as you have said, so memorably before,” Martin told Biden.

Traditional touches were still sprinkled into the yearly event despite its virtual nature, including the Taoiseach’s traditional presentation of a bowl of shamrock to the president, dating back to 1952 and President Truman.

The Irish government sent an engraved crystal bowl filled with shamrock to Washington Friday in order to preserve the tradition even in the time of COVID-19 — a symbol of the “undying friendship” between the two countries, according to Martin.

In addition to the annual shamrock gift, the White House has also paid homage to the holiday by dyeing the water in the North and South Lawn fountains Kelly green, and plans to illuminate the building with green lights this evening.

Biden has perhaps the closest ancestral ties to Ireland of any president since John F. Kennedy, with two of his great-great-grandparents, the Blewitts from County Mayo and the Finnegans from County Louth, having emigrated from Ireland. During their meeting, Martin noted Biden’s lineage.

“I know, Mr. President, that St. Patrick’s Day is very special to you as a proud son of Ireland. Equally, I have to tell you, the people of Ireland are so proud of your election as President of the United States of America. And I can think of no better day for me to have the great pleasure to extend to you their warmest greetings,” the Taoiseach told Biden.

Throughout his nearly half-decade in Washington, Biden’s pride about his ties to the Emerald Isle has often been on display, as he developed a penchant for quoting famous Irish poets in his remarks — a habit that has not gone unnoticed.

“My colleagues in the Senate used to always kid me for quoting Irish poets. They thought I did it because I’m Irish. I didn’t do it for that reason. I did it because they’re the best poets in the world,” Biden joked in January, during farewell remarks in Delaware before assuming the oath of office.

“Ireland and the United States have a robust agenda that we’ve got to deal with on the substantive side of this issue — of these issues … from combating COVID to strengthening global health security to also a discussion our economic cooperation, and Ireland’s leadership now on the UN Security Council which we’re working together,” Biden said.

But while the president and vice president offered their continued support for the Good Friday Agreement, the United States is not looking to take a side in the disagreement over the Northern Ireland Protocol. The provision, put in place following Brexit seeking to prevent the need for border controls and allow for the movement of goods between Northern Ireland and Ireland in the wake of Brexit, has been a source of disagreement during its implementation.

“The administration is interested in having strong relations with both the UK and the EU, and we hope that they’re able to wait to find ways to work well together, particularly in the interest of political and economic stability for the people of Northern Ireland,” the official said.