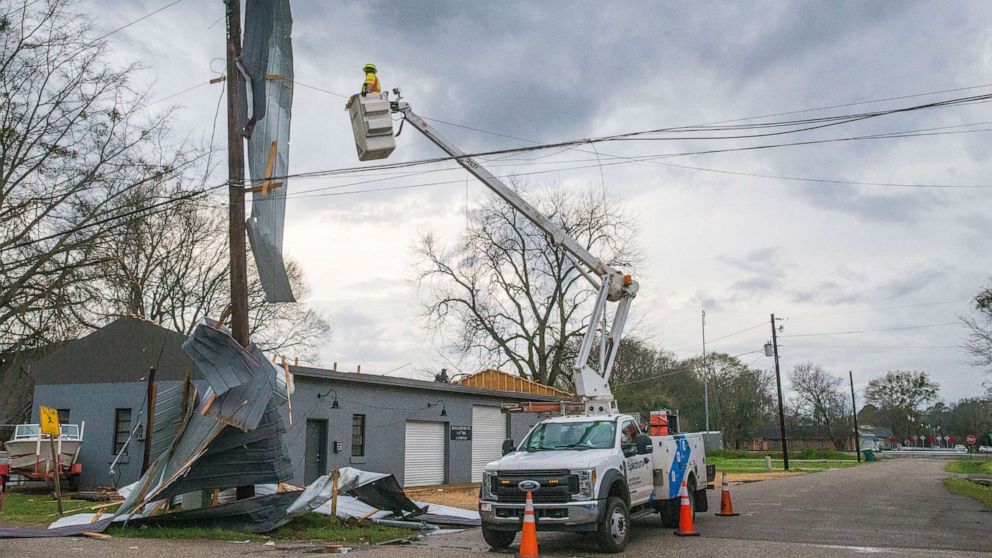 There have been 25 reported tornadoes in six states from Oklahoma to Alabama with the most damage happening in Alabama.

In that state alone, there have been 16 reported tornadoes so far. The state averages about five per month during March.

Early on Thursday, a tornado watch continues for Florida’s panhandle, southern Alabama and parts of Georgia.

During the rest of the morning, the threat for tornadoes is moving out of Alabama and into Florida’s panhandle and parts of Georgia.

A severe weather threat will move further east this afternoon and will stretch from northern Florida to southern Virginia and West Virginia.

The highest threat for tornadoes will be in the Carolinas from Charleston to Raleigh and especially in Wilmington, North Carolina.

The rest of the Southeast will also see threats for damaging winds and large hail.