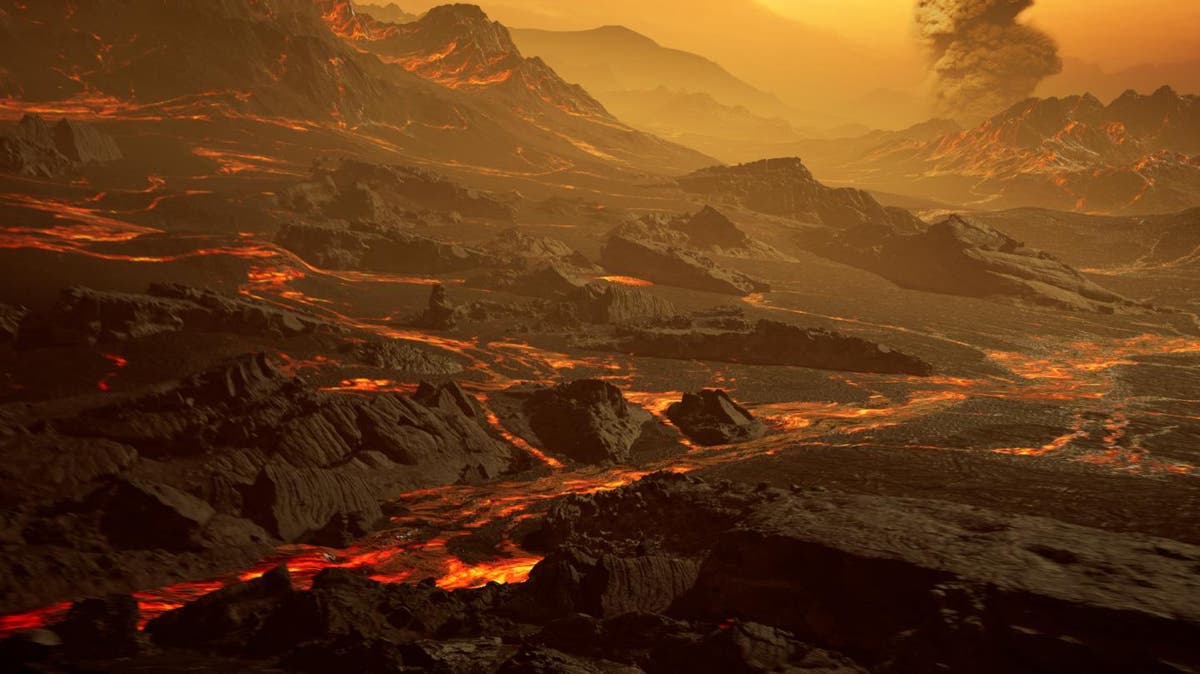 Scientists have found a new super-Earth, relatively nearby – and it is the kind of planet they say they have been dreaming of for years.

The world could be the perfect place to better understand how atmospheres exist on rocky planets like our own that are outside the solar system, researchers say.

The new world is called Gliese 486b and is referred to as a super-Earth because it is solid and rocky like our own world, but much bigger.

Despite the name, it is in many ways unlike Earth: it is 30 per cent bigger and nearly three times heavier, and it is so hot that its surface could melt lead and lava rivers cover its surface.

It is found around a star just 26 light years away, a relatively close neighbour given the scale of the universe. Gliese 486b orbits around and close to a red dwarf star that allowed researchers to find it in the first place.

One of the reasons it is so exciting is because it is a “transiting” planet, allowing scientists to examine it as it crosses in front of its star and makes itself visible to scientists who can examine its atmosphere.

Unusually, it can be seen in two ways: as well as being spotted as it crosses its stars, it can also be detected through Doppler radial velocity, which looks for planets in the way their gravity wobbles other stars, and sticking the two together could allow for even more detailed understanding of the planet and its atmosphere.

That atmosphere is especially exciting, too – so hot that it is “puffed up” by the temperature, letting astronomers measure it.

Understanding the atmosphere of other planets is a key way of knowing whether they might serve as a home for life. If it is lacking, it could be an indication that its star is volatile and given to wiping it out, probably making it inhospitable; a more well-developed atmosphere would suggest that it would be a better home for life.

Gliese 486b’s surface temperature is 430 degrees Celsius, and so is far too hot to support life that is anything like us.

But scientist hope they can examine its atmosphere to understand whether similar planets could support humans and what indications they might give us for whether they are home to life.

“This is the kind of planet we’ve been dreaming about for decades,” said Ben Montet, a co-author of the study, in a statement.

“We’ve known for a long time that rocky super-Earths must exist around the nearby stars, but we haven’t had the technology to search for them until recently.

“This finding has the potential to transform our understanding of planetary atmospheres.”

Scientists now hope to be able to study it with the array of advanced telescopes that will come online in the coming years. “Gliese 486b is the type of planet we’ll be studying for the next 20 years,” said Dr Montet, noting that while super-Earths are not rare in the universe it is exceptional to get an example in our own cosmic neighbourhood.

“We can’t wait until the new telescopes are available”, said Trifon Trifonov, an astronomer at the Max Planck Institute for Astronomy at Heidelberg who led the study.