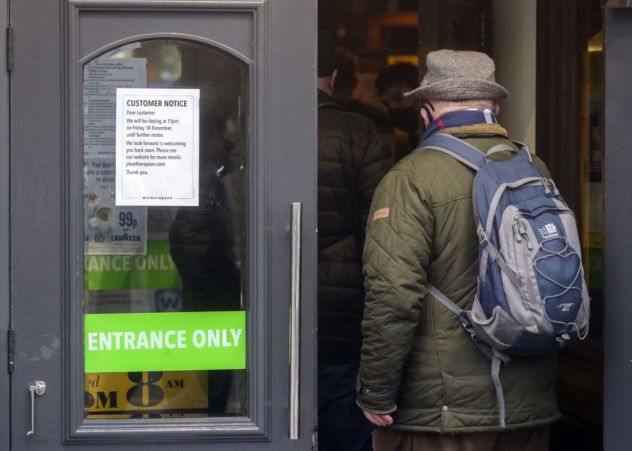 Pub chain Wetherspoon registered a heavy drop in its sales and sustained heavy losses in its last six-month period.

Revenue dropped by nearly 54% to £431 million (€504 million) in the half year to the end of January, even as pubs were allowed to reopen, albeit under restrictions, for part of that time.

Wetherspoon pubs, along with their rivals, were allowed to reopen again after months of lockdown last summer.

It meant that from July, around 50 million customer visits were clocked in across the pub giant’s outlets in the UK.

The business said it had notched up charges of £7.5 million as it spent to ensure its pubs were safer, among other things.

Screens were set up between tables to improve social distancing during the months that the pubs were open.

Yet a second national lockdown in November, and a reopening under tiered systems in December, only for doors to once again be slammed shut at the start of January, caused another painful period for the hospitality sector.

There is some light on the horizon.

According to UK government plans, pubs with beer gardens or other outdoor serving areas – which include 394 Wetherspoon sites – will be allowed to open on April 12th.

This will progress to table-only service in May, and a full reopening in June.

There are no indications of when pubs in Ireland will be permitted to reopen.

To help get through the crisis, Wetherspoon has tapped into the UK government’s furlough scheme, claiming more than £97 million in the half year.

Shares in the business dropped 1.6% on Friday morning as markets opened, and despite recovering since lows a year ago, they are still around 13% lower than before the big Covid-19 sell-off that hit markets in February.