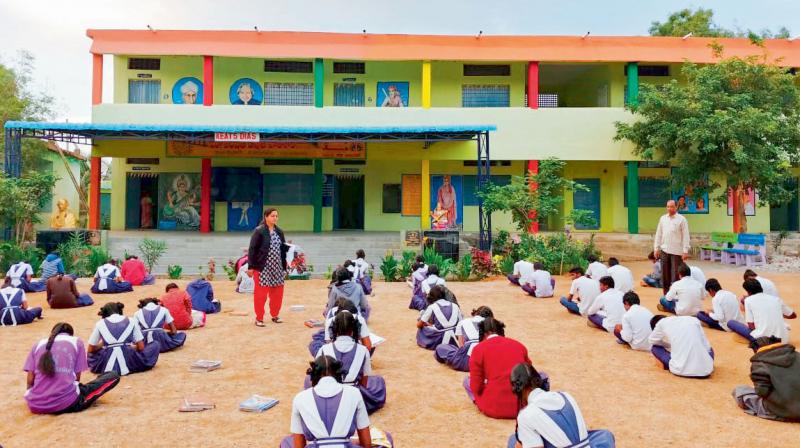 Hyderabad: The state Budget proposed an allocation of Rs 11,735 crore to the school education sector and Rs 1,873 crore for higher education. The figures were Rs 10,421 crore and Rs 1,723.27 respective last year, apart from Rs 100 crore to improve the literacy rate. The increases were not enough, stakeholders said.

The government has proposed setting aside Rs 33.6 crore for SC, ST welfare, and Rs 1,602 crore for minorities welfare. Harish Rao said education with international standards is being provided free to the poor and backward class students. Parents are eager to send their children to study in residential schools, he said.

The TSTUF said these allocations were not enough to develop of schools, provide infrastructure, recruit teachers and improve online education. “Of the Rs 2.3 lakh crore Budget, earmarking Rs 11,735 crore for school education and Rs 2,000 crore for infrastructure is unreasonable,” said the TSUTF. it demanded that the state government allocate at least Rs 5,000 crore a year for infrastructure creation.

“As predicted, the consistent cuts in minority scholarships and Maulana Azad Fellowship in the last 6-7 years has resulted in this poor minority enrolment figure. The government should immediately hike the scholarships and take necessary steps in terms of policy intervention to provide reservation for select backward castes among minorities,” they demanded.