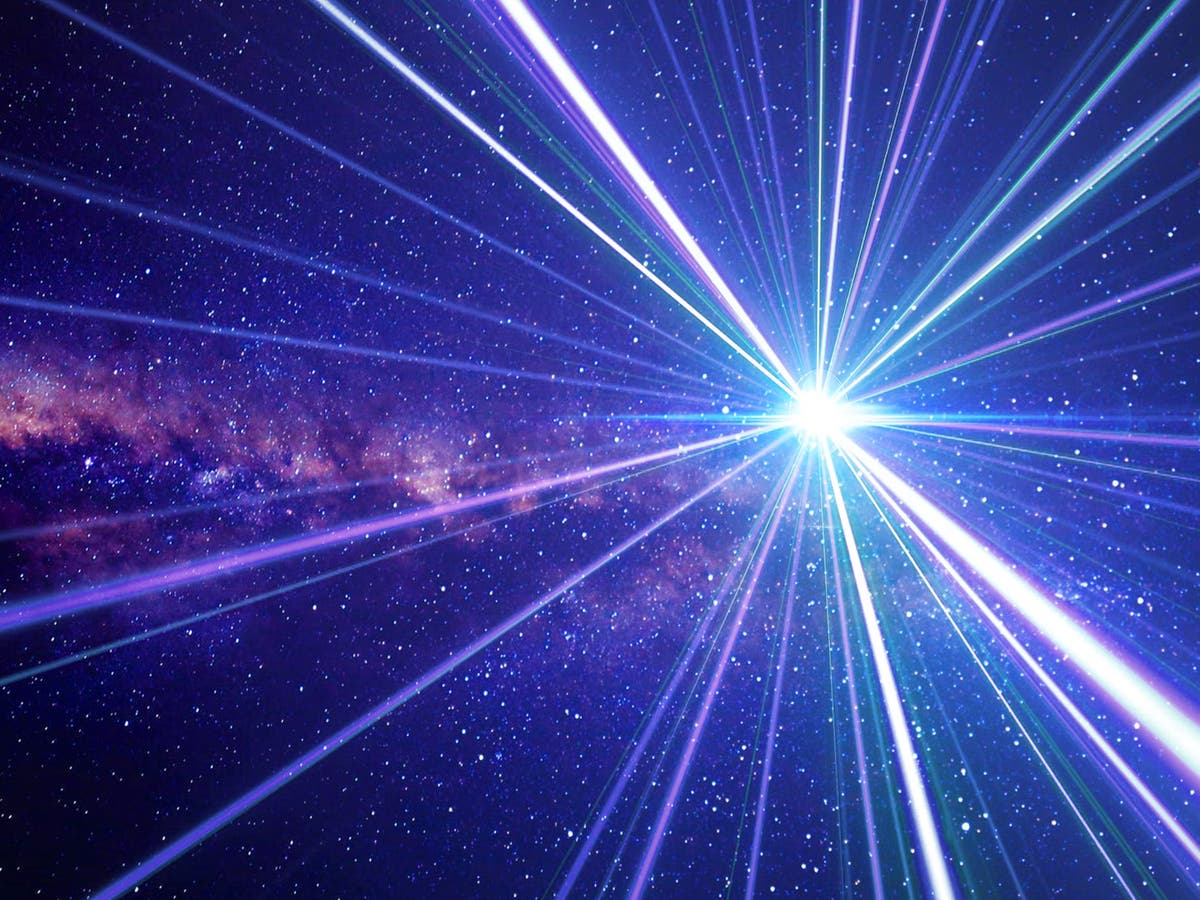 Scientists claim they have developed a physical model for a warp drive – a device that would allow spacecraft to travel at faster-than-light speeds.

“Conceptually, we demonstrate that any warp drive, including the Alcubierre drive, is a shell of regular or exotic material moving inertially with a certain velocity. Therefore, any warp drive requires propulsion. We show that a class of subluminal, spherically symmetric warp drive spacetimes, at least in principle, can be constructed based on the physical principles known to humanity today.”

The scientists’ theories are based on the Alcubierre warp drive, named after theoretical physicist Miguel Alcubierre. In his paper’s abstract, published in 2000, he wrote that the drive world work by modifying spacetime.

“By a purely local expansion of spacetime behind the spaceship and an opposite contraction in front of it, motion faster than the speed of light as seen by observers outside the disturbed region is possible,” Alcubierre wrote.

“The resulting distortion is reminiscent of the ‘warp drive’ of science fiction. However, just as it happens with wormholes, exotic matter will be needed in order to generate a distortion of spacetime”.

In theory, a warp drive would be able to work within the boundaries of Albert Einstein’s theory of general relativity. Faster-than-light travel would usually require an infinite amount of energy, but that restriction only applies to objects in spacetime rather than spacetime itself – which is how the universe could expand faster than the speed of light after the Big Bang.

The new paper, as Popular Mechanics reports, makes a key distinction between Alcubierre’s notions and its own: rather than using “negative energy”, a substance which does not exist in the universe, bubbles of spacetime could be used to make the drive possible.

The inside of the bubble would contain a passenger area, where the passage of time could operate differently from that outside the craft. “You cannot break the speed of light barrier for the passengers themselves relative to spacetime, so instead you keep them moving normally in the bubble [but] you move the bubble itself superluminally”, Professor and Research Fellow at the Frankfurt Institute for Advanced Studies, Sabine Hossenfelder, explains.

Professor Hossenfelder goes on to say that to move faster than light, the spacecraft itself would require negative energy densities, and acceleration needs energy and momentum – although the paper does not explain how this could be managed, it assumes that it is possible because it fits with the scientific theory.

The paper does goes on to explain other designs the craft could take, such as seating passengers next to each other rather than behind each other – in contrast to traditional spacecraft.

This is because the amount of energy required depends on the shape of the bubble, and the flatter it is in the direction of travel (in the design of this warp drive) the less energy is needed.

The development of a warp drive has been a dream of space agencies for many years, but is difficult to achieve tangible results. Nasa has been attempting to research novel propulsion methods for space travel, but is clear in stating that it is not working on ‘warp drive’ technology.

In 2014 the agency published a design for a craft with a warp-drive, which would be able to travel to the nearest star in four weeks as opposed to the current time of 80,000 years.