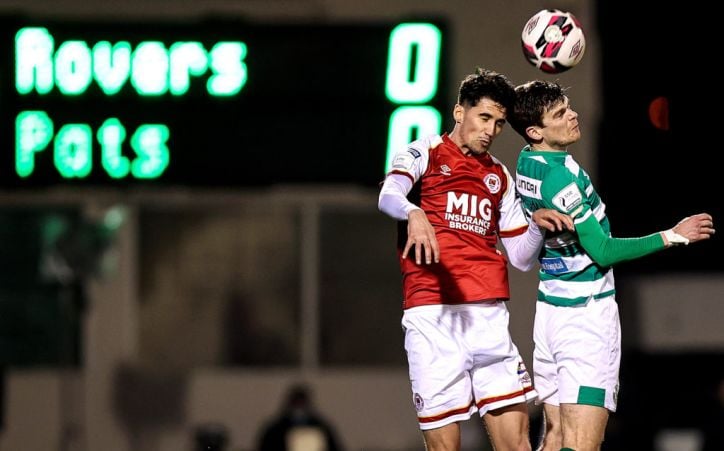 All remained square well into the second half of the meeting, following a 7.45pm kick off.

However, a flurry of scores with just five minutes on the clock saw the Rovers narrowly escape defeat at the hands of St Pat’s.

However, an Aaron Greene equaliser quickly drew the Rovers level after a score from Robbie Benson gave St Pat’s a short-lived edge.

Earlier in the evening, a late own goal handed Drogheda United the perfect return to the top flight in its meeting with Waterford.

The Cameron Evans own goal with a minute left at Head in the Game Park saw Kevin Sheedy’s first game in charge of the Blues end in cruel defeat.

With ex-Republic of Ireland winger Sheedy on his way to securing a point on his managerial debut, centre back Evans slid in to divert James Brown’s shot past the wrong-footed Brian Murphy.

The closest Waterford came to stealing a win was a late free-kick by James Waite which drifted wide but they were eventually undone in cruel circumstances, The Irish Times reports.