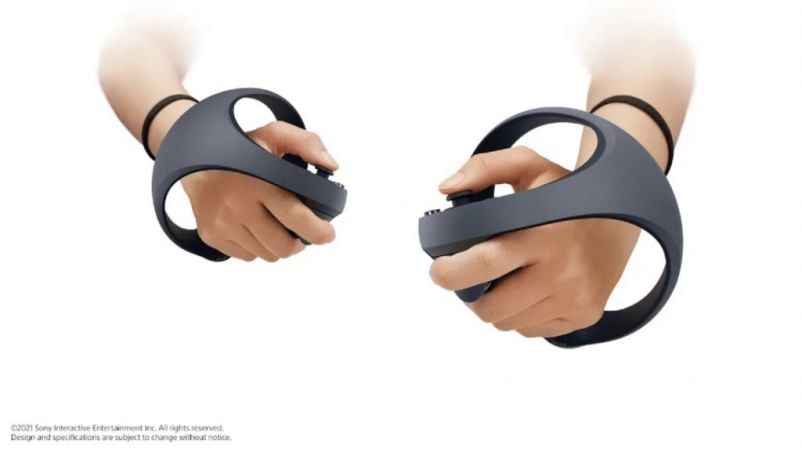 PlayStation has given gamers a first look at the new controllers for its next virtual reality system, saying they will offer “stronger immersion”.

The console’s maker Sony confirmed last month that it was developing a new version of its PlayStation VR (PSVR) headset to go with the latest PS5 console, which launched at the end of last year.

Now the gaming giant has released the first images of the new controllers and their “orb” shape, with the traditional PlayStation controller buttons split between the two pieces of hardware.

The controllers will be tracked by the headset to help reproduce a user’s hand movements in virtual reality, and they will also feature what it calls finger touch detection which can tell the difference between a finger being placed somewhere and pressure being applied on purpose, to enable more natural hand gestures during gameplay.

PlayStation’s senior vice president for platform planning and management, Hideaki Nishino, said the new hardware would support haptic feedback and the adaptive triggers which were introduced on the PS5’s Dual Sense controller.

Mr Nishino said the gaming firm’s product, engineering and design teams had collaborated to create the new hardware “from the ground up” with the aim of making a “huge leap from current-gen VR gaming”.

“We’re thrilled with the controller we developed, but what matters now is how game creators will take advantage of the features to design the next generation of VR experiences,” he said.

“Prototypes of our new VR controller will be in the hands of the development community soon, and we can’t wait to see what ideas they come up with and how the controller helps bring their imagination to life.”

The company has yet to confirm any release date for the new VR system, only saying last month that the new headset and controllers remained under development.

Five of the best fitness trackers to suit any budget

Inside the mind of a psychopath