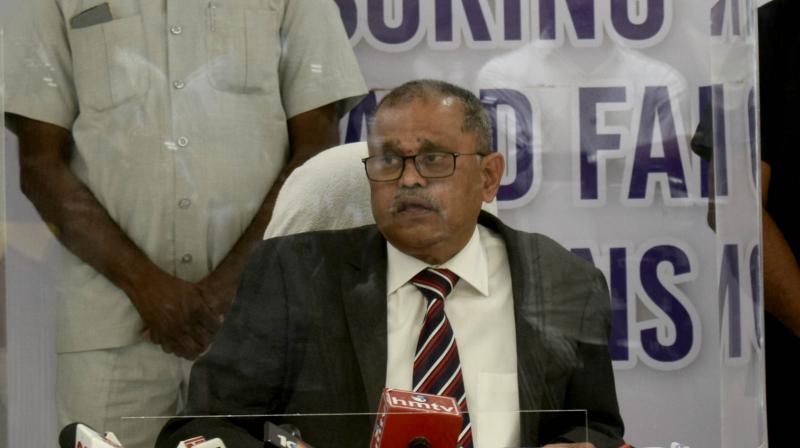 Vijayawada: State Election Commissioner N. Ramesh Kumar has denied the charge of breach of privilege leveled against him by an assembly panel and expressed his inability to go and answer the charges against him as he underwent Covid-19 vaccination and “cannot travel for a while”.

A notice had been served on Ramesh Kumar by the AP legislative assembly’s committee of privileges headed by its chairman Kakani Govardhan Reddy, asking the top official to be present before it to explain certain charges against him.

The State Election Commissioner, in a communication to the legislature secretary, stated that he was having the highest regard and respect for the assembly but denied he committed any infringement. He said that the notice served on him lacked in respect of jurisdiction.

However, the SEC said he desired that the benefit of evidence is made available to him and he is given a reasonable time to respond if the panel intended to proceed further in the matter.

The SEC had lodged a complaint with the governor against two cabinet ministers including Peddireddy Ramachandra Reddy and Botsa Satyarnayana, that they made unsavoury remarks against him” and also issued an order to place them under house arrest.

‘We all know hate when we see it’: Democrats speak out on Atlanta shootings