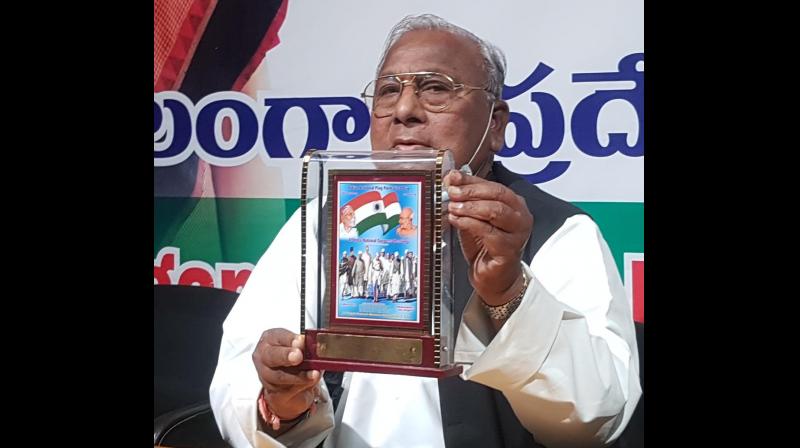 Hyderabad: Veteran Congress leader V. Hanumantha Rao on Friday announced that he along with other Congress leaders would hoist the National Flag at Gymkhana Ground in Vijayawada on April 1.

Mahatma Gandhi had hoisted the Tricolour, designed by Pingali Venkayya, for the first time in Vijayawada during the All India Congress Committee meeting on April 1, 1921, he said. To commemorate the event it was decided to hoist the tricolour on the same day at the same venue, Hanumantha Rao told mediapersons.

He criticised Prime Minister Narendra Modi and Chief Minister K. Chandrashekar Rao for ignoring the greatest contribution of a Telugu — Pingali Venkayya, who had designed the Tricolour — by not celebrating the centenary of the National Flag.

They are restricting themselves to celebrating 75 years of Independence, Hanumantha Rao, a former MP, said.

AP Congress Committee president S. Sailajanath and former MP G. Harsha Kumar and several other Congress leaders would be present at the event.