Police in Colorado were deployed following reports of a live shooter near a supermarket in south Boulder. Officers were called to the King Soopers at 3600 Table Mesa Drive at around 2.30pm local time (8.30pm GMT). 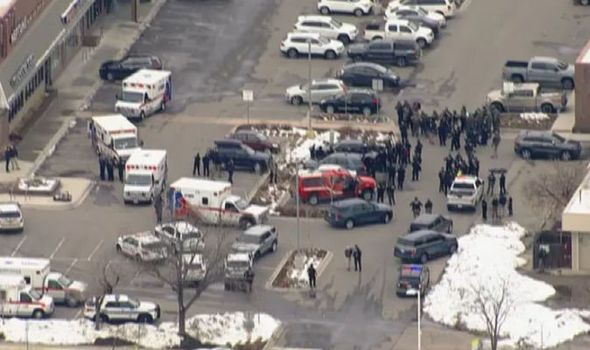 A police source told ABC news that officers responded to reports of a person opening fire in a car park.

He told CBS: “Heard a loud bang… thought someone dropped something.

“Then by the third bang everyone was running.”

Aerial footage shows dozens of officers, police vehicles and around six ambulances in the parking zone.

At least two air ambulance helicopters have also been deployed to the area.

Pictures have also emerged on social media and shows the front of a store has sustained severe damage, with broken glass.

At this stage it is unclear how it was caused.

At least one person has sustained an injury during the incident and was treated by emergency crews from Boulder Community Health, reports CBS.

Boulder Police Department has urged people to stay away and said Public Information Officers (PIO) are being sent to the scene. 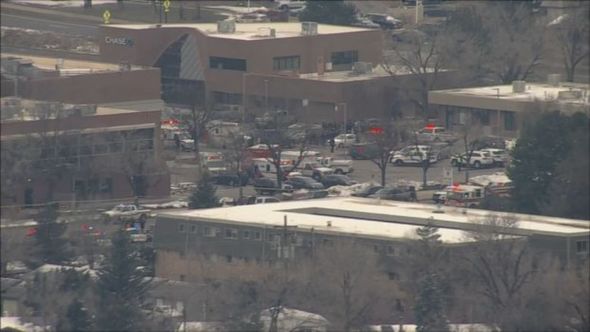 In a post on Twitter, the force wrote: “ALERT: Active Shooter at the King Soopers on Table Mesa.

“AVOID THE AREA. PIO is en-route.”

He added his “prayers are with our fellow Coloradans in this time of sadness and grief as we learn more about the extent of the tragedy”.

Joe Neguse, US Representative for Colorado’s 2nd congressional district, wrote on Twitter: “Praying for the entire #Boulder community & all of the first responders and law enforcement responding to this terrible incident.” 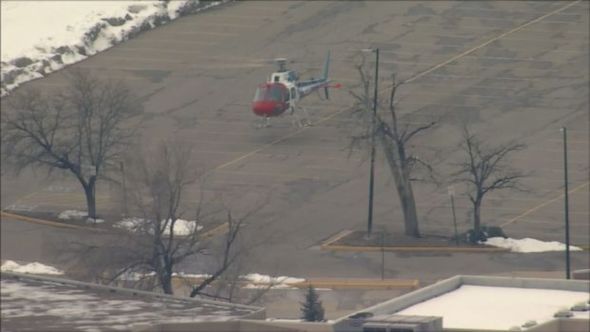 In a post on Twitter, the force said: “This is still an active scene. Please avoid the area.”

“This is still a very active scene.”

This is a developing news story, more to follow.