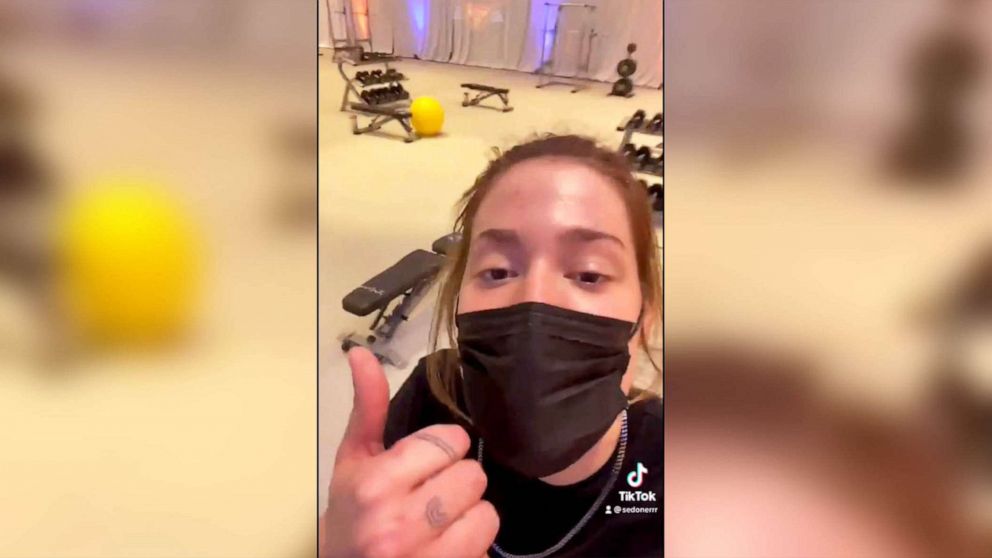 Following criticism over the disparity between men’s and women’s training facilities during March Madness, the NCAA revealed an upgraded weight room Saturday for female basketball players competing in the Division I tournament.

NCAA officials apologized Friday after images and video surfaced on social media this week showing the stark differences between the women’s and men’s weight room facilities in Texas and Indiana, respectively.

Lynn Holzman, the NCAA’s vice president of women’s basketball, promised to have improvements in place by Saturday morning.

“We fell short this year,” Holzman said during a press briefing Friday.

“I’ve experienced when you don’t have something that’s the same,” said Holzman, a former college basketball player. “This is also why it hit such a nerve with me. … There’s an accountability aspect as the conversation moves forward that is front of mind.”

University of Oregon forward Sedona Prince, who helped spotlight the disparity in the weight rooms in a viral social media video, posted an update from the new facility Saturday afternoon.

“Guess what guys? We got a weight room, yeah!” Prince said in a TikTok video that included several of her teammates cheering. “Thank you NCAA for listening to us.”

Some of the new equipment was already ordered or was going to be assembled just for the Sweet 16 teams, according to ESPN. NCAA officials also accepted equipment offers from companies made over social media, ESPN reported.

The weight room controversy has touched on larger issues of inequality in women’s college basketball, from the difference in the number of Division I teams that compete in the women’s (64) versus the men’s (68) tournaments, to social media branding that focuses on the men’s games.

“Women’s basketball is a popular sport whose stock and presence continues to rise on a global level,” South Carolina women’s basketball coach Dawn Staley said in a statement Friday night. “[It is time] for the NCAA leadership to reevaluate the value they place on women.”

The sporting weekend in pictures