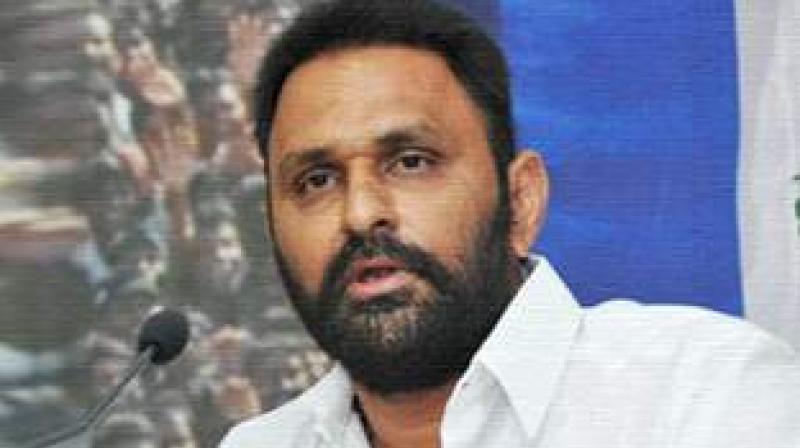 VIJAYAWADA:  Civil supplies minister Kodali Sri Venkateswara Rao alias Nani has called Leader of Opposition N. Chandrababu Naidu a “coward” for not facing the court case to prove himself as not being corrupt in Amaravati assigned lands case.

The minister also referred to Naidu as “stay Babu” for his act of getting continuous stays from courts in every case. Nani maintained that the stay order on the CID probe will go and Chandrababu Naidu getting punished in the coming days is inevitable.

Addressing media here on Saturday, the minister recounted that Naidu has so far got stay orders in over 30 cases. However, the former chief minister has already been punished by the people’s court following TDP’s debacle in 2019 assembly elections. People of the state have continued to show their distrust in Telugu Desam subsequently by giving landslide victories to YSRC in gram panchayat, municipal and corporation elections, which is a “severe punishment delivered by the public court”.

Nani predicted, “People will further confine Chandrababu to his house by voting YSRCP in ZPTC and MPTC elections, apart from Tirupati by-poll too. Let Naidu hire any number of top lawyers paying whatever amount of money from his ill-gotten wealth,” he declared.

The minister was also critical of Nara Lokesh who, he said, is politicising Visakhapatnam Steel Plant issue by blaming Chief Minister Y. S. Jagan Mohan Reddy. “The issue is not at all in the purview of state government,” he pointed out.

Nani dared Lokesh to go and protest in Delhi against Prime Minister Narendra Modi and make the latter withdraw proposed privatisation of VSP. The minister asserted that the state government will stand by steel plant’s employees who are protesting against the privatisation move.

MIM will contest from Delhi in future: Owaisi