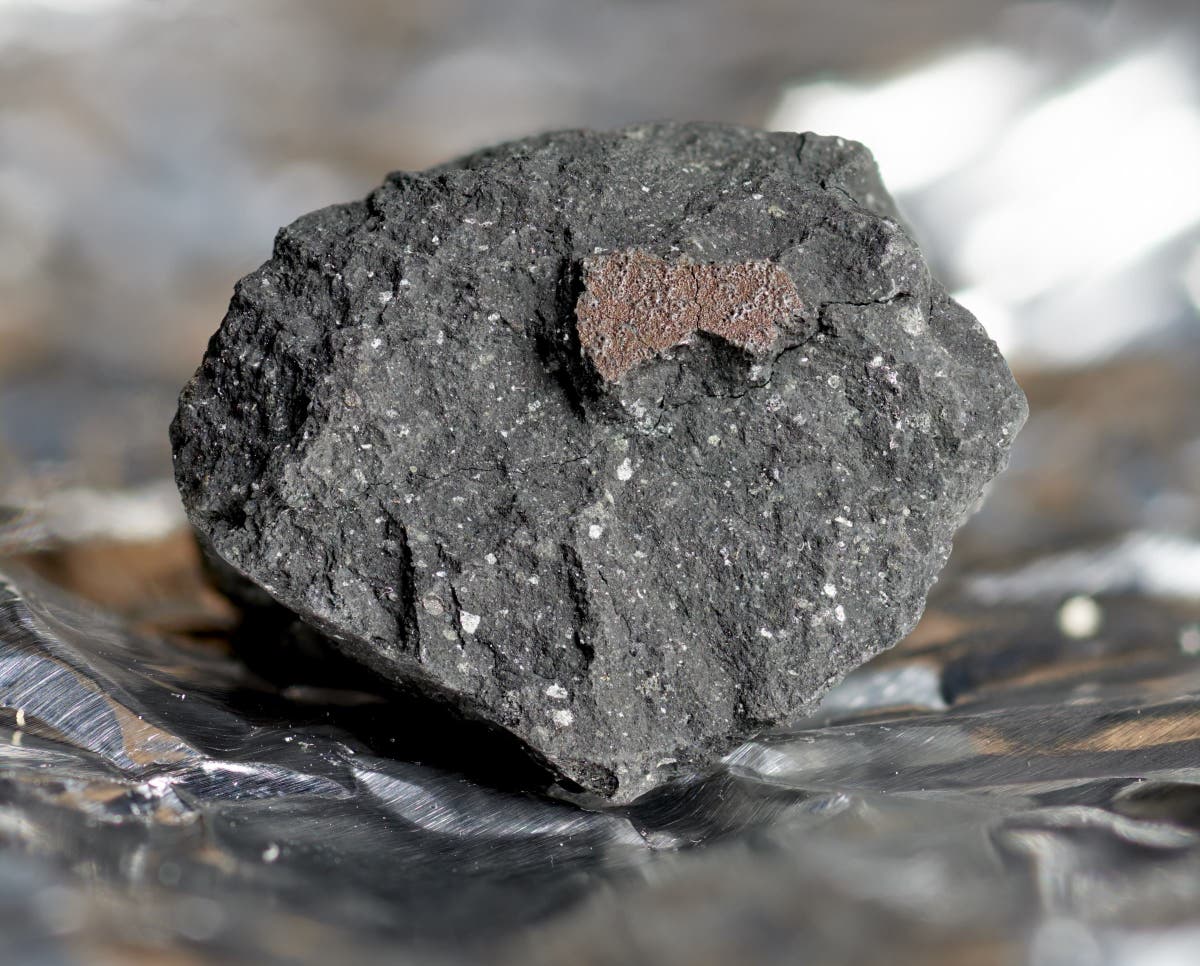 A meteorite that fell to Earth in the fireball that swept across the UK could tell us about the beginnings of the solar system and more, scientists have said.

The object was found in a driveway in Winchcombe, Gloucestershire, and is now in the care of the Natural History Museum.

It is rare to find a piece of space rock in the UK, and it is the first time in 30 years that scientists have been able to recover one. The object is also unique: it is of a type that has never been found anyhere in Britain before.

The meteorite is a “carbonaceous chondrite” – a rare kind of meteorite that have previously been found to contain organics and amino acids. Those are the building blocks of life, and so looking for them in the new pieces of rock could help us learn how life flourished on Earth and whether it might be posible elsewhere in the solar system.

“It looks a bit like coal,” said Ashley King from the Natural History Museum, who was one of the first on the scene of the meteorite and has been advising on research into it.

“It is really black, but it is much softer and is really quite fragile. It is exciting for us because more this type of meteorite is incredibly rare but hold important clues about our origins.”

Carbonaceous chondrites come from an asteroid that was formed when the planets themselves were just coming into being, out of the dust and ice that swirled around the solar system. As such, they are something like relics from the anceint solar system, providing unique information about where water and the beginnings of life were formed, and what planets are made out of.

There are some 65,000 known meteorites on Earth, but only 1,206 have been spotted falling to Earth. Only 51 of those are carbonaceous chondrites.

But as well as being rare, it is also incredibly well preserved. Scientists say that the rapid discovery and storage of the object – as well as luck with conditions such as the lack of rain – mean that it is in similar conditions to objects that are retrieved from missions to space.

Now scientists hope they can use it to peer back into the beginnings of the universe.

“Nearly all meteorites come to us from asteroids, the leftover building blocks of the solar system that can tell us how planets like the Earth formed,” said Dr King.

“The opportunity to be one of the first people to see and study a meteorite that was recovered almost immediately after falling is a dream come true.”

It will also provide a useful “rehearsal”, scientists say, for future work. The Hayabusa1 mission brought back pieces of an asteroid called Ryugu last year, and NHM researcher Sara Russell said the similarities will allow it to serve as a useful practise.

SpaceX to beam Starlink internet to vehicles, aircraft, and ships