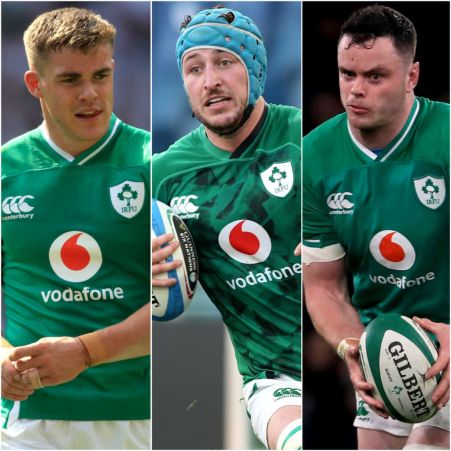 Ireland trio Will Connors, Garry Ringrose and James Ryan have been ruled out of Leinster’s Guinness PRO14 final against rivals Munster.

Flanker Connors is expected to be unavailable for up to eight weeks due to a knee injury suffered in training ahead of his country’s Six Nations win over England on Saturday.

Centre Ringrose sustained an ankle problem during Ireland’s victory over Scotland on March 14 and will remain out for “a number of weeks”, while lock Ryan picked up a head knock in that game and is following return-to-play protocols.

Leinster are seeking PRO14 glory for the fourth successive year and take on their provincial rivals on Saturday at the RDS Arena in Dublin.

Scrum-half Rowan Osborne has been ruled out by a fractured hand which requires surgery.

The seven-time champions will be able to call on scrum-half Luke McGrath, who has recovered from his recent head injury, and hooker Sean Cronin, who came through Friday’s game against Ospreys unscathed following a back issue.

Leo Cullen’s side, who announced the injury updates on their website, have a host of other absentees.

The sporting weekend in pictures