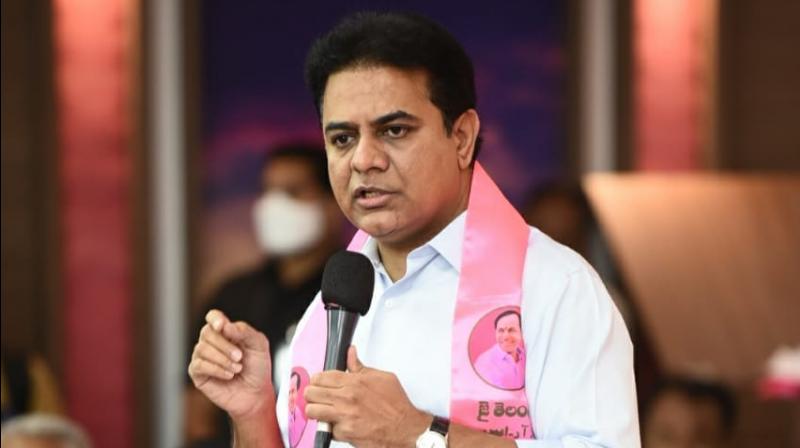 HYDERABAD: TRS working president and IT minister K.T. Rama Rao stated that he would shortly lead a team of his Cabinet colleagues to Visakhapatnam to support the ongoing agitation against the privatisation of Vizag Steel Plant (VSP).

Rama Rao gave this assurance to AP TD legislator Ganta Srinivasa Rao when the latter met him at his chambers in the Assembly here on Saturday.

Rama Rao had while campaigning for the Legislative Council elections had extended his solidarity with the agitating VSP workers. Srinivasa Rao had tendered his resignation from his Visakhapatnam (North) Assembly seat on February 6 in support of the agitation. However, it is still pending with the AP Assembly speaker.

In an informal chat with media persons after the meeting, Srinivasa Rao said he had met Rama Rao to thank him for extending his support to the agitation by the steel plant’s joint action committee.

"He has assured that he will lead a team to Visakhapatnam to study the issue and take part in the agitation," Srinivasa Rao said. Both leaders reportedly also discussed the latest political situation in Andhra Pradesh.

Srinivasa Rao vowed to mobilise the support of political parties that are against the VSP privatisation.

Rama Rao's proposed visit to Vizag also assumes political significance. His support was received well by AP-natives residing in Hyderabad, who constitute a major chunk of graduate voters besides employees of central public sector units like BHEL, BDL, and ECIL.

The victory of TRS candidate Surabhi Vani Devi from this seat indicates that Rama Rao's support to the VSP agitation has worked wonders as the party had never won the seat earlier.