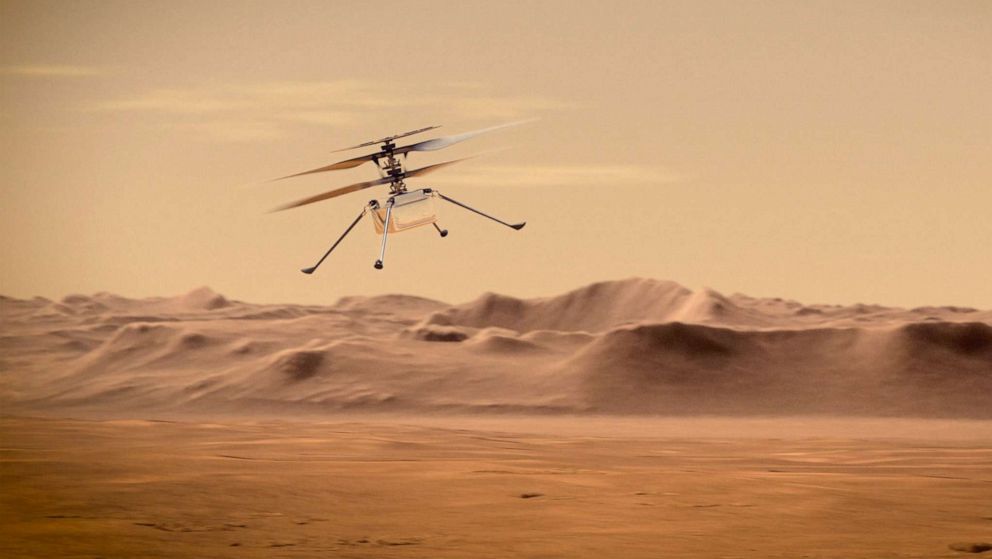 In a historic first, NASA will attempt to launch a helicopter into flight on Mars next month.

If succesful, the Ingenuity Mars Helicopter will be the first powered, controlled flight of an aircraft on another planet. NASA said this week that it is targeting no earlier than April 8 for the flight attempt, but the helicopter must first pass a series of readiness milestones.

The helicopter is currently attached to the Perseverance rover, which landed on Mars in February.

“Every step we have taken since this journey began six years ago has been uncharted territory in the history of aircraft,” Bob Balaram, the Mars Helicopter chief engineer at NASA’s Jet Propulsion Laboratory, said in a statement. “And while getting deployed to the surface will be a big challenge, surviving that first night on Mars alone, without the rover protecting it and keeping it powered, will be an even bigger one.”

Perseverance, sometimes dubbed “Percy,” is currently en route to an airfield from where Ingenuity will attempt to lift off.

The space agency cautioned that taking flight on Mars faces many more hurdles than flying on Earth — including different gravity levels and atmospheric density.

“Aptly named, Ingenuity is a technology demonstration that aims to be the first powered flight on another world and, if successful, could further expand our horizons and broaden the scope of what is possible with Mars exploration,” Lori Glaze, the director of the Planetary Science Division at NASA Headquarters, said in a statement.

Ingenuity’s complicated and slow-danced deployment process is expected to take about four hours.

The main goal of the helicopter is simply to test out flight capabilities on another planet.

“Ingenuity is an experimental engineering flight test — we want to see if we can fly at Mars,” MiMi Aung, the project manager for Ingenuity Mars Helicopter at JPL, added.

Meanwhile, Perseverance is NASA’s most sophisticated rover yet, and is tasked with the goal of searching for signs of ancient life on Mars.

Perseverance’s mission is also expected to pave the way for future human exploration of the red planet.