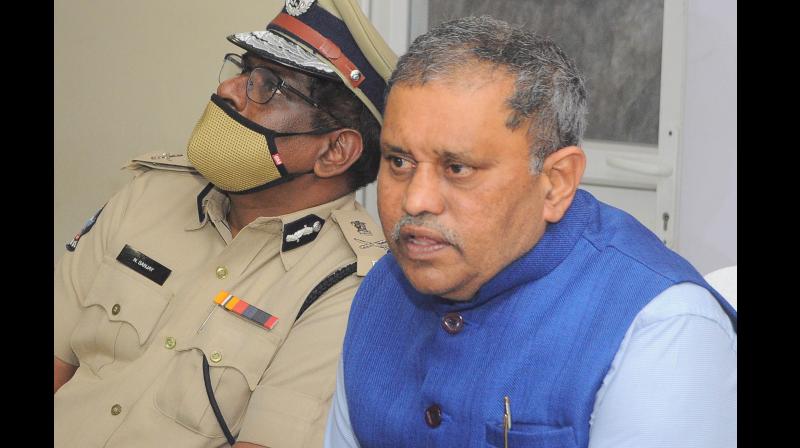 A single-judge bench headed by Justice R. Raghunandan Rao heard the petition on the same day. However, the justice recused himself from the case saying he knew Ramesh Kumar in person and could not thus take up hearing of the SEC’s case.

In his petition, the commissioner pointed out that his communications to the Governor from January to March this year on several issues had got leaked, including to the media. This, he contended, is illegal, arbitrary and violative of Articles 14, 19 and 243 K of the Constitution of India.

The commissioner recounted that he had sent to the Governor a series of communications pertaining to issue of notifications for conduct of polls to both rural and urban local bodies, their deferment due to prevalence of Covid-19, subsequent resumption of election process, completion of polls to gram panchayats and urban local bodies, apart from comments of two ministers for making adverse remarks against him (Ramesh Kumar).

He said that such letters between the State Election Commissioner and Governor are part of privileged communications. Their leakage had severely hampered the functioning of the two constitutional bodies. The issue, thus, had to be dealt with an iron fist, he maintained.

Recusing himself, Justice Raghunandan Rao directed that the court registry take case to the notice of Chief Justice Arup Kumar Goswami for deciding on hearing of the case.