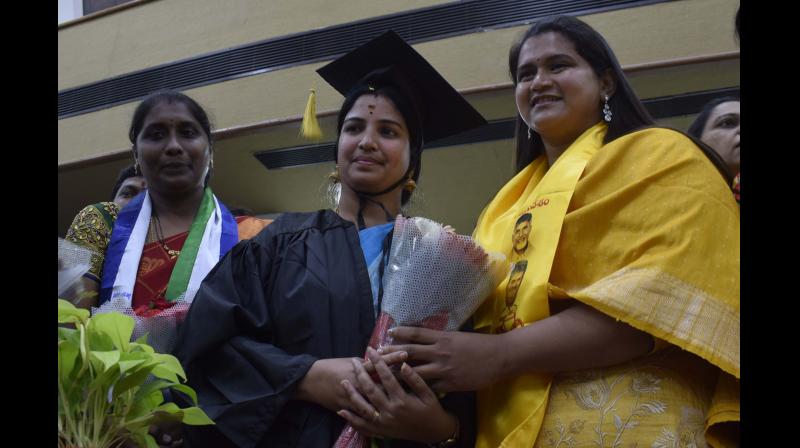 VIJAYAWADA: After its landslide victory in the Vijayawada Municipal Corporation (VMC), ruling YSR Congress has resolved to solve all civic issues of the civic body, starting with ensuring drinking water supply to the top commercial city on a war footing.

Post a meeting with the newly elected ruling party corporators on Saturday, endowments minister Vellampalli Srinivas Rao assured that booster pumps will be established to ensure adequate drinking water supply to even upland areas of Vijayawada, including localities on the hills. The minister said road repairs and laying of new roads will also be a priority.

He pointed out that drainage works are already being implemented by L&T in many parts of the city. These will be expedited and completed at the earliest to avoid inconvenience for the people. He also directed authorities to improve parks within the city for convenience of the people.

Srinivas Rao said he has instructed authorities to start works as per priority within each of the divisions, which had been neglected by the earlier municipal council dominated by Telugu Desam. He asked VMC commissioner V. Prasanna Venkatesh to ensure overall development of the city in all possible ways. The commissioner reiterated that drinking water for Vijayawada will be a priority.

Newly elected mayor Rayana Bhagyalakshmi said all elected corporators had met the officials for the first time, where they decided to work together for overall development of the city.