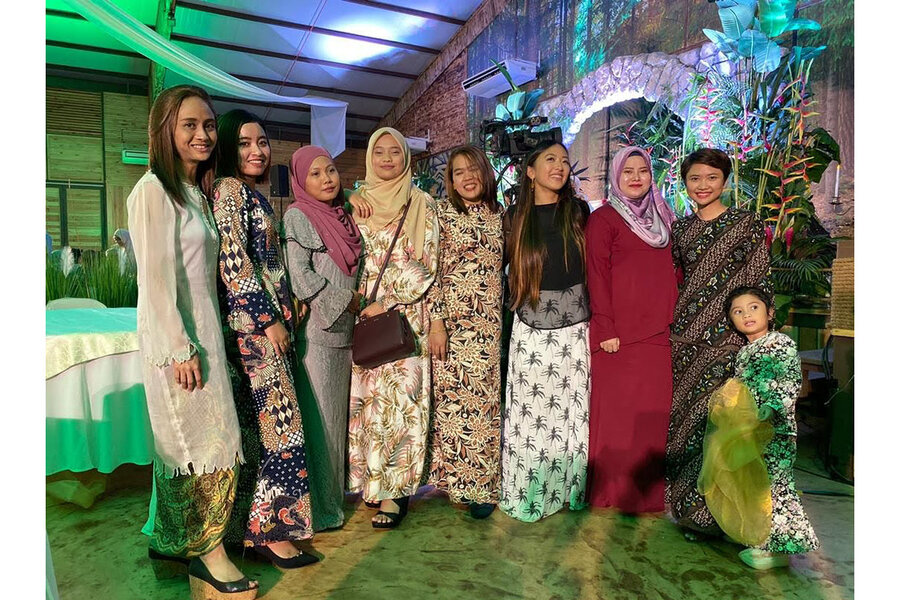 Whenever Samantha Symonds went to visit extended family in Singapore, she was always called “the English one.” Her Singaporean mother would regularly praise her for having “lovely tofu skin.” What they had all really meant, as Ms. Symonds recalls, was that she was “the pale one” in the family, loved and overly cherished for her fair complexion.

That sort of societal pressure is colorism, a form of discrimination distinct from racism and specifically focused against darker skin tones. And unusually, it is often born from within communities of color, and perpetuated by wider societal norms and habits.

The debate around what colorism is, and how it is perpetuated, has opened up in Britain following claims by Prince Harry and Meghan, the Duchess of Sussex, in an interview with Oprah Winfrey watched by a record-breaking 11.4 million people in the U.K., that a member of the British monarchy expressed “concerns” about the skin color of their then-unborn son, Archie.

The bias against those with darker skin tends to get subsumed into racism. But it is a prejudice that is propagated within minority communities themselves – and takes a different approach to tackle.

While some in Britain’s Afro-Caribbean and South Asian descent communities are wrestling with how to address colorism, the efforts are relatively new, and lag behind places like the United States, they say. While colorism can be found throughout society, they are concentrating their efforts within their own communities, where they see the more pressing need, before trying to branch out into broader activism.

“It’s something we need to deal with in non-white communities before it really becomes an issue that white communities can come to terms with,” says Anitha Mohan, a writer and editor at Dark Hues Magazine, an online publication that aims to give greater representation and celebration of dark skin. “Our families, without realizing, perpetuate colorism.”

Pulitzer Prize-winning author Alice Walker first coined the term “colorism,” describing it as “prejudicial or preferential treatment of same-race people based solely on their colour” in her 1982 essay, “In Search of Our Mothers’ Garden.” For many Black and Asian Britons, it is most commonly experienced at home through the phrase, “Don’t go in the sun.”

Ms. Symonds says she only become “acutely aware” of colorism some three years ago. Having relocated to the sunny coast of Thailand to train as a diving instructor, she had returned to the U.K. briefly for a cousin’s wedding – only to cause a stir among her family about her newfound tan.

“My mom was aghast; other family members asked, ‘What have you done to your skin?’” she says, now back home in Birmingham.

“‘Tofu skin’ stuck in my mind, and I thought, wow, this really is a big deal to you. My friends when they see me with a Thailand tan are jealous. I was quite proud of it, so it was a strange situation being in the middle of it.”

From her experiences in both Britain and Southeast Asia, Ms. Symonds eventually learned how her tan suggested a lower socioeconomic status; the idea being that darker skin meant association with working-class jobs traditionally done in the heat of the sun. Prejudices informed by caste systems and the deeply embedded influence of colonialism, particularly for South Asian countries formerly under British rule, continue to play a role in diaspora communities some two, or three, generations since mass migration into Britain.

Preferences for “lighter” skin manifest in myriad pressures: from discriminatory practices by border officials at U.K. airports to damaging tropes that sometimes limit marriage prospects for women in particular.

Sunita Thind, a British Punjabi author of published poetry exploring British Indian identity, found having darker skin limited her opportunities from a young age. As a model in her teenage years, modeling agencies had glanced over her application “saying they’ve got someone who looks like me, but is fairer.” The practice for favoring lighter-skin models, she says, continues to this day.

“I don’t think I knew the term colorism until only a few years ago,” says Ms. Mohan of Dark Hues. “It’s not spoken about in wider society. It’s not talked about on the same level as racism.”

Racism, she says, is an issue that white people must actively take part in to end it. Colorism, on the other hand, “doesn’t really need the white community to be a part of that conversation in some ways.”

Still, the global beauty industry drives Eurocentric ideals that are rife among African and Asian diaspora communities. While the U.K. has banned skin-whitening creams domestically due to harmful ingredients such as mercury and steroids, they are still widely marketed in parts of India, Thailand, Malaysia, and East Africa.

Film industries in India, China, and some parts of Africa perpetuate Eurocentric beauty standards with the overuse of light-skinned actors. But so too do Western film productions; critics point to hit Netflix show “Bridgerton” as a recent example. Despite depicting interracial relationships in a period drama, light-skinned, mixed-race characters play lead roles with no visibility for darker-skinned actors.

For Tina Gohil, a Londoner with an Indian mother born in Kenya, colorism only arose in her adult life in an interracial relationship. She says a shift in tone occurred when her partner expressed reservations about potentially having darker-skinned children.

“It was a genuine concern of his. … He said ‘I don’t think we can have kids because if they’re brown, people will think they’re not mine.’” She adds that discussions on skin tone require a degree of nuance and understanding regarding their context, as they are not necessarily about prejudice. That is dependent on who is speaking, and what exactly is said.

Ms. Symonds also believes that, while colorism is “awful,” “we shouldn’t overly demonize people” without understanding the context of comments about skin color. “Discussions about skin whitening are progressive and good … but we could view it in the same way as Brits wanting to tan. Isn’t it crazy that it’s fashionable to get skin cancer and go tan on sun beds? You have to see it from all angles.”

Ms. Tiwari recommends people voice their concerns openly. “Say that it hurts your feelings, or that it is upsetting to you because you know it is hurtful to others.”

Organized activism against colorism can feel fragmented. Chizoba Itabor, co-founder of Dark Hues Magazine, says activism has until now been “segmented” in silos between different ethnicities. Her publication has provided a solution, bringing “conversations of colorism within Dark Hues … between dark-skin Black and South Asian people.” Organized activism, she adds, helped forge safe spaces online for discussions to take place.

Ms. Mohan hopes that the online magazine sheds new light on, and gives representation to, darker-skinned people of mixed-race backgrounds in particular. “The first thing people think of when discussing mixed race is white plus another race. But you can be two ethnic minorities like Kamala Harris, with dark skin – and that’s something not talked about.”

While there’s no one solution to ending colorism, both Ms. Mohan and Ms. Thind say change starts when, for example, a lighter-skin actor steps down to give an opportunity to underrepresented people with darker skin tones.

“It’s the gatekeepers who need to be willing to give up some of that power to people that aren’t represented,” says Ms. Thind. “It’s going to be slow changes, but having people like Kamala Harris in power gives us hope.”