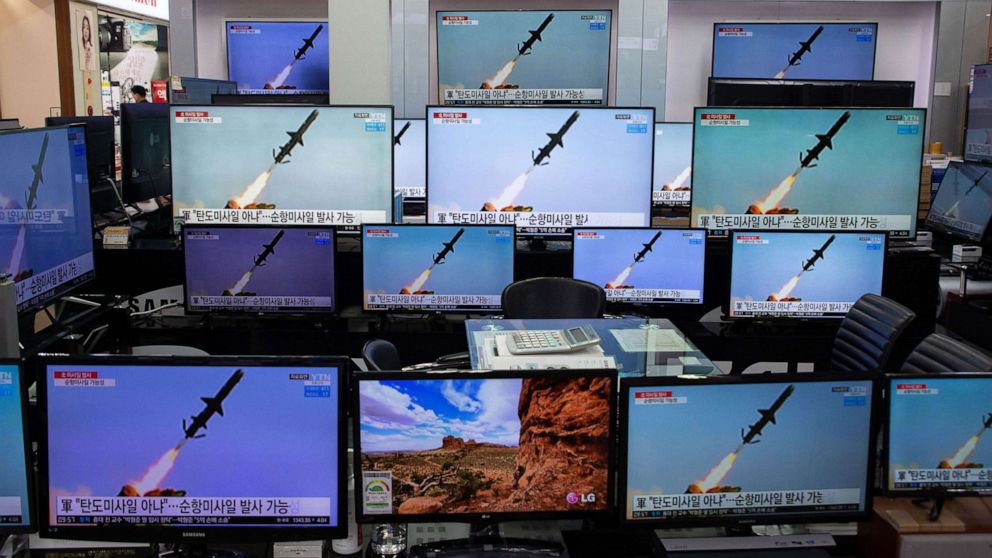 North Korea has launched a pair of missiles for the second time in a week.

The launches were confirmed to ABC News by a United States official and South Korean joint chiefs of staff. The U.S. official said two ballistic missiles were fired into the Sea of Japan.

“North Korea this morning fired two unidentified projectiles into the East Sea from South Hamkyung Province,” the South Korea government said in a statement. “South Korea and US intelligence are analyzing for any additional information.”

“While our military has strengthened awareness and monitoring, ROK-US [officials] are closely working together and maintaining readiness,” it added.

At least one was a medium-range ballistic missile, a U.S. official told ABC News.

One may be a new variant, the official told ABC News, but it’s not clear exactly what type of ballistic missiles were launched. South Korean officials said the missiles traveled an estimated 450 kilometers at an altitude of 60 kilometers.

“We are aware of North Korean missile launches this morning into the East Sea,” Capt. Mike Kafka, spokesperson for the United States Indo-Pacific Command, said in a statement. “We will continue to monitor the situation and are consulting closely with our allies and partners. This activity highlights the threat that North Korea’s illicit weapons program poses to its neighbors and the international community. The U.S. commitment to the defense of the Republic of Korea and Japan remains ironclad.”

North Korea also fired two short-range missiles sometime Saturday and Sunday, though the launches were not reported by the U.S. until Tuesday.

Biden administration officials downplayed the missile launches from over the weekend.

“We see this action in the category of normal activity,” a senior administration official told reporters.

The launches over the weekend were the first since President Joe Biden moved into the White House. Defense Secretary Lloyd Austin visited South Korea last week to discuss the situation on the Korean Peninsula.

The previous administration had a fraught relationship with North Korea. Former President Donald Trump held multiple meetings with dictator Kim Jong Un during his time in office, the first president to do so.

Kim has not carried out any long-range missile tests since Trump met with him in 2018, though it did restart smaller missile tests under the Trump administration.

National Security Adviser Jake Sullivan is scheduled to hold talks in Washington with his counterparts from Japan and South Korea next week on the next steps to take related to North Korea.