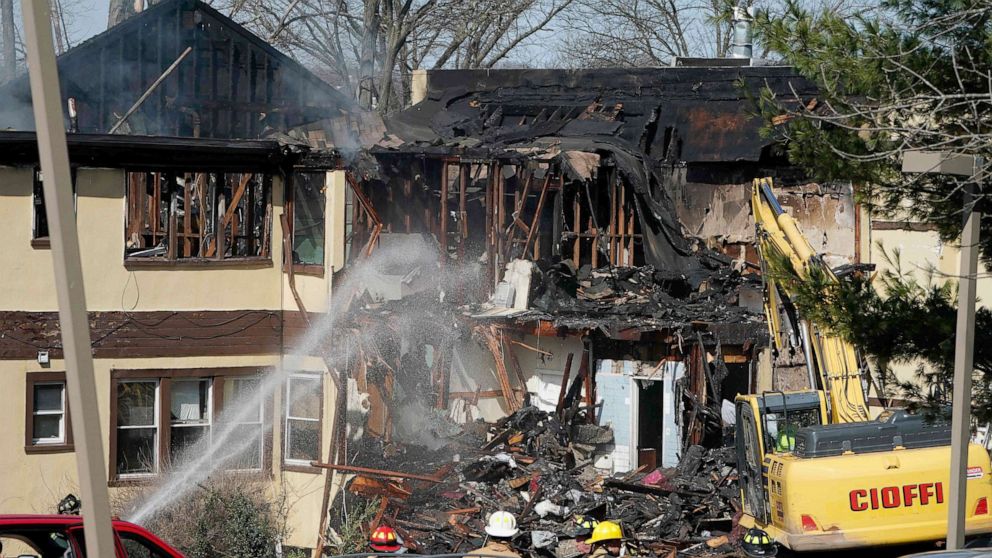 Flames broke out inside the Evergreen Court For Adults on Lafayette Street just after 1 a.m. Tuesday morning.

Between 20 and 25 residents were rescued by firefighters in what they described as a “chaotic scene.”

One resident was pronounced dead at a local hospital.

A portion of the building collapsed as firefighters battled the blaze. One firefighter was briefly trapped in the burning structure.

One of the firefighters appears to have suffered a medical condition, possibly a heart attack, official said. Another is unaccounted for.

Denise Kerr, the director of the Evergreen Court Home for Adults called the fire an “unspeakable tragedy” in a statement Tuesday afternoon.

“Our hearts and prayers go out to all individuals and families who have been impacted. We join the community in mourning the loss of our resident who passed away and pray for the safety of the missing firefighter,” Kerr also said.

The facility is “fully cooperating with all state and local authorities” in their investigation of the fire and that all 112 residents had been accounted for, relocated and that their families are being contacted.

The building is a total loss.

K9 and other specialized units will search the fire debris for any possible victims.