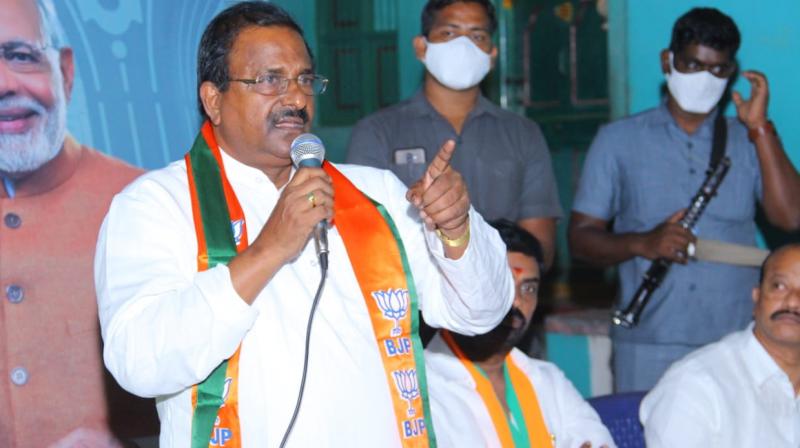 Nellore: In view of its plans to contest the ensuing by-election to the Tirupati Lok Sabha seat, BJP state president Somu Veerraju has posted senior party leaders as in charges for its seven Assembly constituencies.

Veerraju released a list of 24 members including convener, members and ex-officio members for the election campaign while interacting with media persons at Tirupati on Sunday.

He said they are going to lodge a complaint to the Election Commission against the volunteer system which is only useful for the YSR Congress.

He claimed credit for the BJP-led Central government and Prime Minister Narendra Modi for various development works being grounded in Tirupati.

Stressing that BJP leaders, who were allocated responsibilities for winning the Tirupati Lok Sabha seat, have been striving hard to gain the maximum number of votes in their jurisdictions.