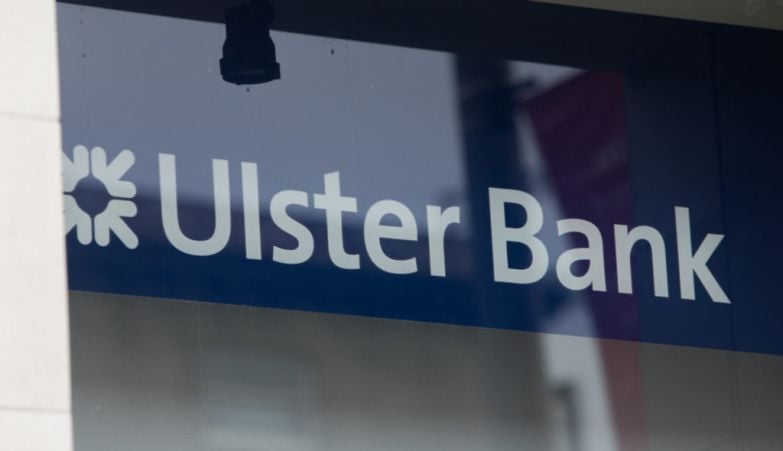 Ulster Bank has been fined a record €37.8 million for overcharging mortgage customers, some of whom lost their homes after being denied their right to a cheaper tracker mortgage

Ulster Bank has been fined a record €37.8 million for overcharging mortgage customers, some of whom lost their homes after being denied their right to a cheaper tracker mortgage.

The penalty imposted by the Central Bank was almost twice the largest fine previously laid down by the regulator on any institution, a €21 million reprimand for Permanent TSB in 2019, also for failing to offer customers a mortgage that tracked the European Central Bank rate that has been at or close to zero for almost a decade.

Irish banks have paid out almost €700 million to compensate 40,000 borrowers denied the mortgage product that was widely offered during the country’s housing boom in the mid 2000s and withdrawn for new customers when the financial crisis hit.

Additional failings that contributed to Ulster Bank’s larger fine included what the central bank said was a deliberate strategy to seek to entice customers to convert their tracker rates to fixed rates during 2008.

The bank also failed to meet a statutory deadline to provide information to the central bank, forcing the regulator to take an “unprecedented step” of starting potential legal proceedings. Ultimately this was unnecessary as the information was provided.

“Our investigation identified the numerous opportunities that UBID (Ulster Bank Ireland DAC) had to do right by its customers and the efforts that UBID went to in order to evade its obligations,” Irish Central Bank Director General, Financial Conduct, Derville Rowland, said in a statement.

“It is unacceptable for any regulated entity to treat its customers in this way.”

Of the 5,940 individual customers impacted by Ulster Bank’s failings, 43 lost their properties as a result being unable to meet their mortgage repayments.

The fine for Ulster Bank, which NatWest announced last month it would wind down after years of under-performance, was reduced from almost €54 million in accordance with the Central Bank’s settlement discount rules.

The Central Bank launched a probe into the overcharging in 2015 and also fined KBC Bank Ireland €18.3 million last year. Other banks remain under investigation.

Responding to news of Ulster Bank’s, the Labour Party said the “hammer must fall” on the culture of impunity in banking.

In a statement, Labour’s finance spokesperson, Deputy Ged Nash said it is “impossible to calculate the harm done to the lives, family relationships and finances of the 40,000 bank customers who were deceived by their lenders and moved off the tracker rates they were entitled to be on”.

The party adds that it has now been 12 years since the issue of tracker mortgages arose, yet no individual has been held accountable for their role.

“This damning Central Bank investigation found that Ulster Bank devised and implemented a ‘deliberate strategy not to provide certain customers with their correct tracker mortgage entitlement unless they complained’.

“This speaks volumes about the culture of impunity and misconduct which was at play here. And even after they were caught, Ulster Bank dragged its heels in the investigation, by failing to comply with a statutory deadlines for providing information to the Central Bank,” Mr Nash said.

“This is a multi-layered scandal and the fact that not a single senior decision maker has been held to account in any of the banks involved is a shameful indictment of our political system,” he added.

Everything we know about the ship grounded in the Suez Canal