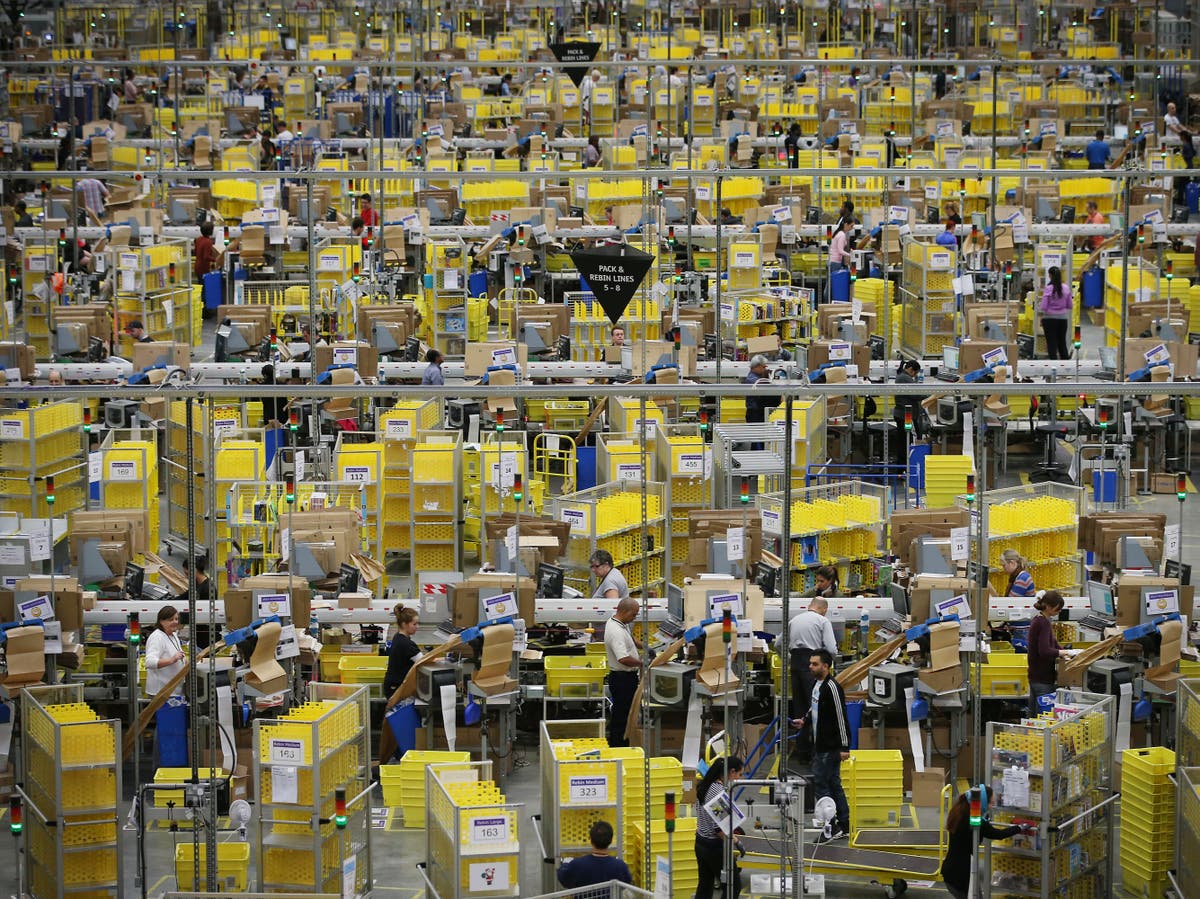 Amazon has sought to discredit reports that employees have been forced to urinate in plastic bottles as a result of gruelling labour practices, claiming that “nobody would work for us” if it were true.

Such allegations about the internet giant were reportedly among more than 600 complaints lodged with the UK government’s Health and Safety Executive in the four years to 2019, which also included claims of pregnant women being forced to stand for hours on end or being eyed for dismissal.

They were brought to the wider public’s attention by the GMB union two years ago as workers protested outside the company’s so-called fulfilment centres across the UK to demand improvement in workers’ conditions and call on the company to pay a “real and substantial” tax contribution.

Dismissed by Amazon as “misinformation” at the time, the allegations came to the fore again on Wednesday after the company’s chief executive, Dave Clark, attempted to mock two-time US presidential hopeful Bernie Sanders in response to the news that the Vermont senator would meet with Amazon workers in Alabama launching a historic bid to unionise.

Management figures at the Alabama sorting warehouse are said to be seeking to stymie the looming 5,800-strong vote for what could be the largest unionisation bid in the company’s history by pressuring employees with “anti-union” messages in bathroom stalls and in text messages to workers’ phones.

Amid accusations, rejected by Amazon, that the company is “acting like they’re under attack”, Mr Clark “welcomed” Mr Sanders to Birmingham in a combative statement posted to Twitter.

“I often say we are the Bernie Sanders of employers, but that’s not quite right because we actually deliver a progressive workplace for our constituents: a $15 minimum wage, health care from day one, career progression, and a safe and inclusive work environment,” Mr Clark continued.

Mr Clark’s comments were largely ill-received on social media, and notably drew the ire of Wisconsin representative Mark Pocan, who wrote on Twitter: “Paying workers $15/hr doesn’t make you a ‘progressive workplace’ when you union-bust and make workers urinate in water bottles.”

On Thursday, a response came from the official Amazon News account, saying: “You don’t really believe the peeing in bottles thing, do you?

“If that were true, nobody would work for us.

“The truth is that we have over a million incredible employees around the world who are proud of what they do, and have great wages and health care from day one.”

The company’s response came under some heavy criticism, notably from James Bloodworth, author of Hired: Six Months Undercover in Low-Wage Britain, who said: “I was the person who found the pee in the bottle. Trust me, it happened.”

“Look at the stat and reconsider the context,” he added, citing a 2018 survey by workers’ rights platform Organise suggesting that 74 per cent of Amazon warehouse employees in the UK were reluctant to go to the toilet during their shifts due to fear of missing productivity targets.

Also reacting to Amazon’s claim, Tim Leach, a novelist and assistant professor at Warwick University, said: “Of course, makes total sense. After all, no one in human history has ever stayed in a job they hated or that was horrible because they felt financially trapped and feared the consequences of quitting.”

Meanwhile, in Alabama – where the vote on whether to join the Retail, Wholesale and Department Store Union could set off ripple effects across the US – more than a dozen Democratic state politicians have signed a letter supporting workers’ efforts.

“Unions give workers a powerful vehicle to protect themselves from dangerous working conditions, exploitation, and unfair pay,” their letter reads. “We stand with the Amazon workers in Bessemer, fighting to create a better life for themselves and workers everywhere. Your courage is inspiring, and your campaign is important: What happens in Alabama affects the entire nation.”

Amazon’s $15-per-hour minimum wage, which the company implemented in the US in 2018, is more than double the federal minimum wage, which has remained at $7.25 since 2009 despite living costs rising. It is also reported to have led other companies to follow suit in raising wages.

But critics have argued that, while Amazon’s warehouse pay is well above minimum wage, it is sometimes significantly lower than wages for other warehouse jobs – potentially dragging wages in that sector down in some areas.

As Bloomberg reported in December, citing information from the Bureau of Labour Statistics (BLS), New Jersey warehouse workers were making an average of $24 prior to Amazon’s arrival in 2014. This reportedly fell to $17.50 per hour by 2019.

Furthermore, Bloomberg cited BLS data suggesting that in 68 counties where Amazon has opened some of its largest facilities, average industry compensation fell by more than 6 per cent in the two years that followed.

Amazon rejected Bloomberg’s conclusion as “false”, with a spokesperson suggesting that “it violates over 50 years of economic thought, and suspends the law of supply and demand”.

“Hiring more by paying less simply does not work,” they told the outlet. “Many of our employees join Amazon from other jobs in retail which tend to be predominantly part-time, reduced-benefit jobs [paying] substantially less than our $15 minimum wage.

“These employees see a big increase in pay per hour, total take-home pay, and overall benefits versus their previous jobs. What surprises us is that we are the focus of a story like this when some of the country’s largest employers, including the largest retailer, have yet to join us in raising the minimum wage to $15.”

But Stacy Mitchell, co-director of the advocacy group Institute for Local Self Reliance, suggested there was more to Amazon’s wage increase and apparent campaigning on the issue than was apparent.

“It seems to me that talking about $15 an hour is a way to avoid actually talking about the inhumane conditions inside Amazon’s warehouses,” Ms Mitchell told Motherboard in February.

“When you talk to Amazon workers, a lot of the concerns they raise have to do with the punishing working conditions.

“The gruelling pace, the fact that they’re physically taxed to the point of injury, that they don’t get adequate breaks, that they don’t have a lot of control over their schedule. It’s all of those things that workers raise – this mechanisation, in a way, where they’re treated like robots as the rates they must meet keep rising.”

Petrol, diesel price to fall only on sustained drop in international oil prices