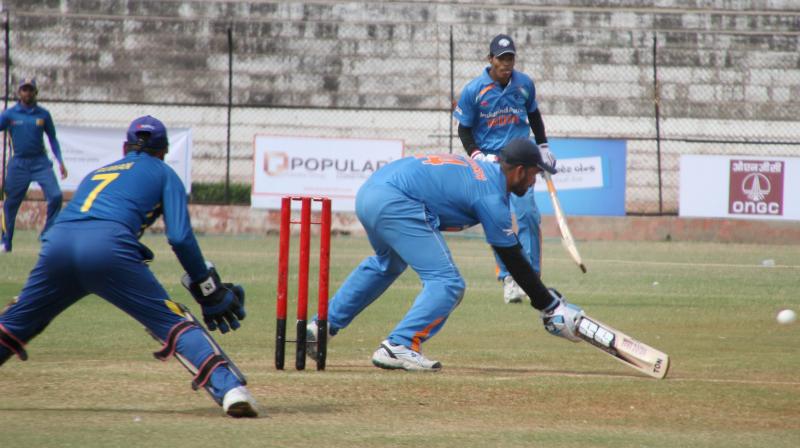 VIJAYAWADA: The Cricket Association for the Blind in India (CABI) has announced the Indian Cricket Squad (blind) for the upcoming Tri-nation T-20 series in Dhaka, Bangladesh.

The captain of the team, I Ajay Kumar Reddy, belongs to Guntur district. Four blind cricketers from the state, including the captain, got places in the team.

The Bangladesh blind cricket council (BBCC), an affiliate of the organisation of World Blind Cricket Ltd (WBC) is organising a tri-nation Blind T- 20 cricket tournament from April 2 to 8 in Dhaka marking the birth centenary of the Father of the Nation -Bangabandhu Sheikh Mujibur Rehman – Mujib Barsho –and the 50th anniversary of Independence of Bangladesh.

Teams from India, Pakistan and the host nation will be taking part in the tri-nation tournament. This will be the first international tournament for the blind since the start of Covid-19. The teams will follow the corona control guidelines.

The Indian team was selected by a committee of CABI with John David as its chairman. He said the team will perform at its best.

Mahantesh GK, the President of CABI, said this will be a historical tournament and wished the best to the Bangladesh Blind Cricket Council (BBCC).

Captain Ajaykumar Reddy said the coaching camp for the team will be held at Bangabasi college cricket ground in West Bengal from March 25 to 31.