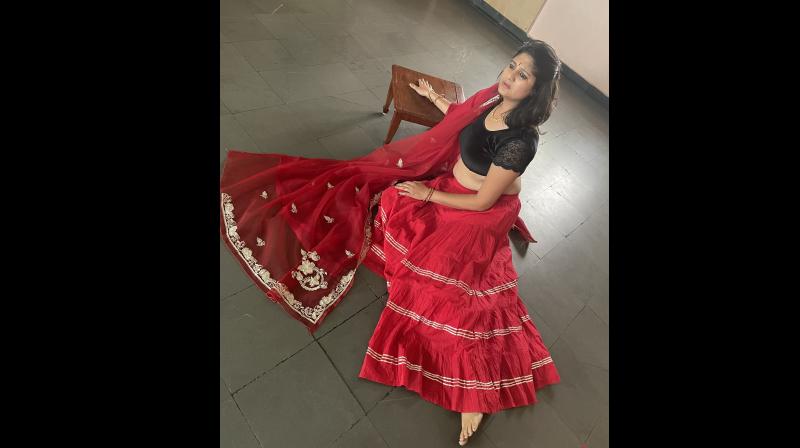 This year’s World Theatre Day on March 27 is being looked forward to with much excitement, as most of Hyderabad’s theatre groups and actors will be on stage after a gap of one year caused by the COVID-19 pandemic.
The Sutradhar and Nishumbita Ballet and Theatre group will be staging several plays. Nishumbita will stage Nora Inside out (an adaptation of Henrik Ibsen’s Doll’s House), Rudyard Kipling’s The Jungle Book and Ramachandra Murthy’s Amma Reddamma, while Sutradhar will stage Adhikaar — solos by two female actors playing characters in two different yugas. The first will be Dushala, about the only sister of the Kaurava princes, written by Pritham K Chakravarthy and performed by Babli Yadav; the other is Weekend, part of Nirmal Verma’s trilogy Teen Ekant, performed by Ratika Sant Keswani.

Talking about how the last year went by and how they as a theatre group embrace the new normal, Vinay Varma, founder of Sutradhar, says, “The itch never dies. The distance created by the pandemic has only fuelled the fire further. It’s given me a lot of time to reinvent. Although I’ve been tied up with film shoots since July, theatre is something we started exploring in January. With a prayer on our lips and having full faith in each other in terms of following the safety protocols, we started rehearsals.” Elaborating on the safety measures, he says, “We chose to go with short but highly intense solo performances. That cut down the risk to a large extent as compared to a play with more actors together on stage. Obviously, we maintained safe distance during discussions and the crew always had their masks on.”

Rammohan Holagundi, founder of Nishumbita Ballet and Theatre, says “The pandemic has been really hard for all of us. We tried to get through 2020 by doing virtual performances. We were all geared up to stage plays marking World Theatre Day last year, but the lockdown happened. This year too it has been a challenge. For The Jungle Book, it was difficult to get child actors as parents were reluctant initially and we had to replace three of the chosen children as they fell ill.” Yet, Holagundi is full of optimism. “Taking everything in our stride, we are looking forward to celebrating the occasion,” he says.
Ratika, who will be the lead in Weekend, feels it’s amazing to be back on stage. “The rigorous rehearsals from January have been invigorating . We have been following all safety protocols. The depth of the character is great. Even though I am a little sceptical about how many people will come to watch, I am really hoping for a full house,” she says.

Actor Babli Yadav has experienced the power of art to heal during the last few months, while rehearsing for Adhikaar. “I watched several plays online and attended poetry meet-ups and workshops during the last ten months, but the magic and energy of a ‘live’ space were deeply missed,” she reveals. Sharing more about her recent experiences, she says, “I live in Bangalore but moved to Hyderabad temporarily at the end of January to be a part of this production. It was challenging to come out of the safety net, and enter the real world once again. There's a constant fear that needs to be overcome each day.”

Thanking director Vinay Varma for instilling the necessary confidence in the actors by ensuring that all COVID-related protocols are in place, she says, “Intense, months-long rehearsals, script readings, costume, lights, music, backstage coordination, there is so much that goes behind staging a new production.” “In such depressing times, it's only arts, culture and theatre that can help lift the spirits and instil a sense of normality,” she says, adding, “It's very encouraging to receive the support and response that we have received so far.”
The show will be staged for only a limited audience of 50-75 people, observing all safety measures. The International Theatre Institute designated March 27 as World Theatre Day in 1961, to celebrate art.

Eight of the hottest new designer fragrances for autumn

Adele releases new single Easy On Me: Why do we love sad music so much?