I would like to acquaint you with one interesting homemade analogue television: black and white TV with remote control.
It was in 2004, the heyday of CRT color televisions. The price for them was not small, and if for the house it was somehow possible to allocate money to buy a TV, then buying a separate TV was expensive for a summer residence. A couple of years before the events described, kind people gave me a small compact TV Electronics VL-100. All that remained was to fix and configure it. 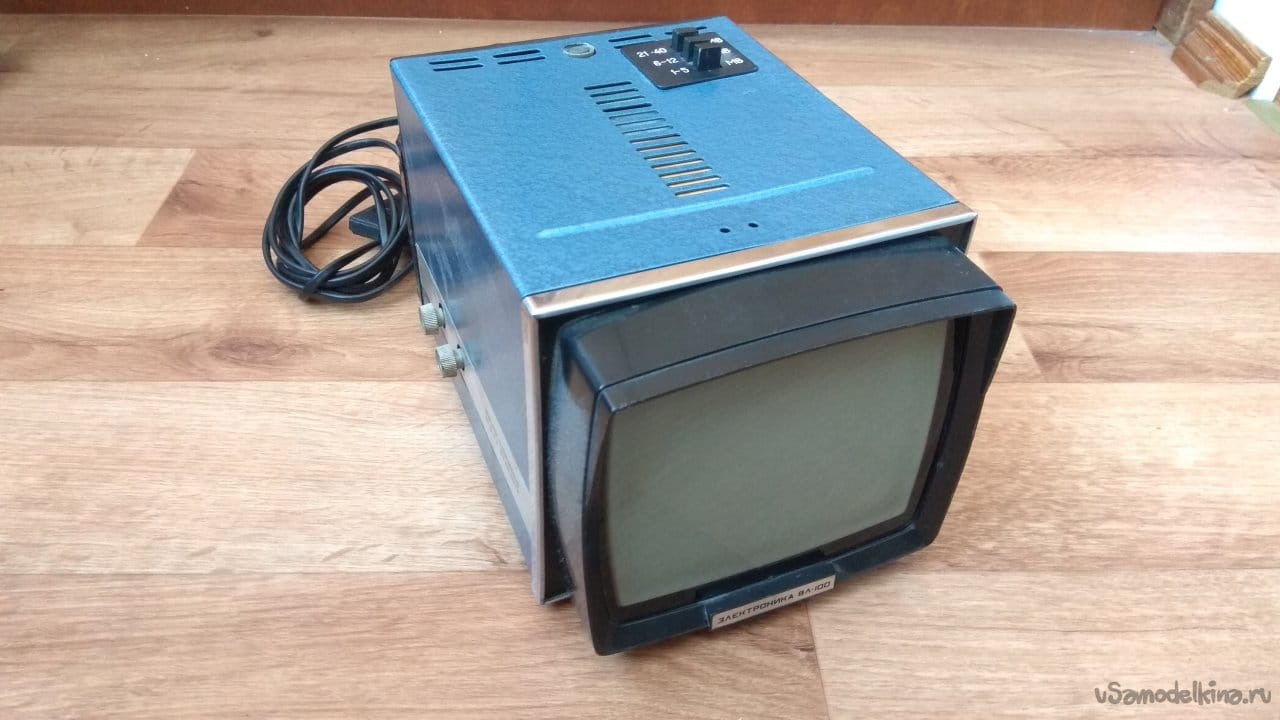 An external Polish antenna with an amplifier was used in the country, so I replaced the broken telescopic antenna and the carrying handle with an antenna socket.
The main problem was that the lack of documentation, equipment and experience did not allow me to set up the TV well, so sometimes the channel setting got lost while watching. He showed only three channels in the meter range. There was no UHF unit in it. But for a year, or maybe more, this TV worked in the country. His parents affectionately called him “flashlight”))).
Once they gave me a nice monitor from a decommissioned imported medical equipment with a green picture tube. It looked like a small TV.
It remained for him to add a power supply, a radio channel, an amplifier with speakers and a remote control. Before that, I had a funny experience of modernizing an old tube TV set Horizon-206: installing one of the first all-wave channel selector, which was produced by the Gomel Radio Plant, SMRK, and a homemade eight-channel channel selector, assembled on the basis of a four-channel input selector for an amplifier according to the scheme from the magazine Young Technician. The channel selector, of course, did not work right away and I, a high school student, had to understand digital circuitry and a non-working circuit from scratch.
But back to our homemade product. Once on a business trip, I begged from radio mechanics a piece of a slightly gutted and broken board from some imported TV, which had a power supply unit, an all-wave channel selector and an SMRK unit. I carefully studied the board to figure out how to restore it and turn it on. Without a scheme, the idea is still. But when the board started working, it became clear: I would make a TV. 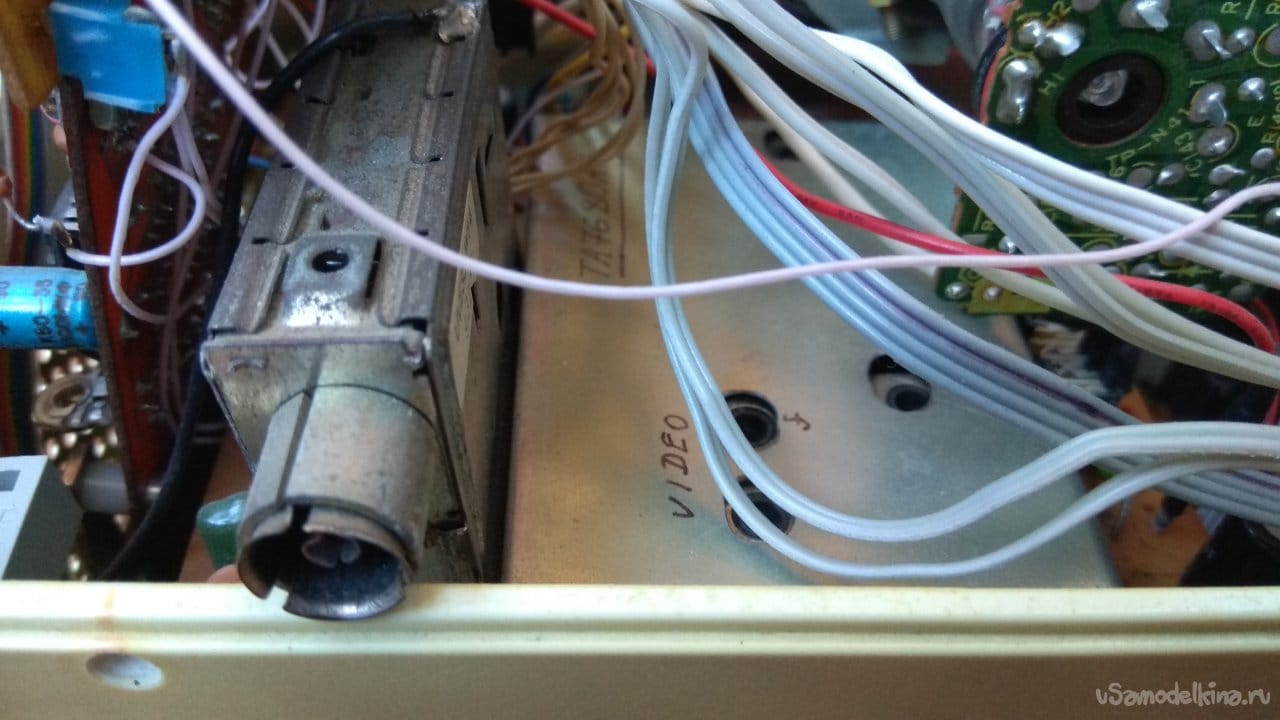 The picture tube in the monitor was replaced with black and white. Some parts and even whole boards from fourth generation color TVs could be bought in the market and in the store. Whole remote control kits were sold to upgrade third and fourth generation televisions. The latest models had a built-in power supply, like in my homemade product.
The radio channel was installed in the monitor, since the space allowed. The remote control was placed in a separate unit under the monitor, and the speakers were glued to the bottom of the monitor from the outside. 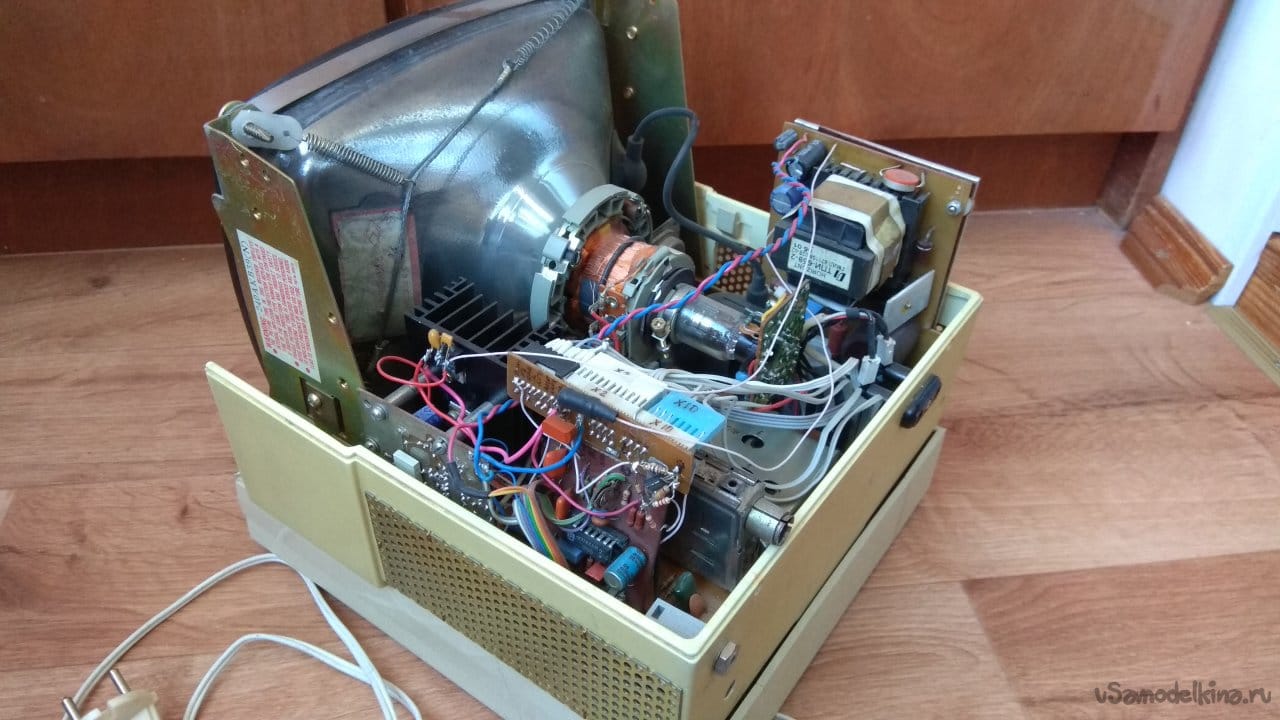 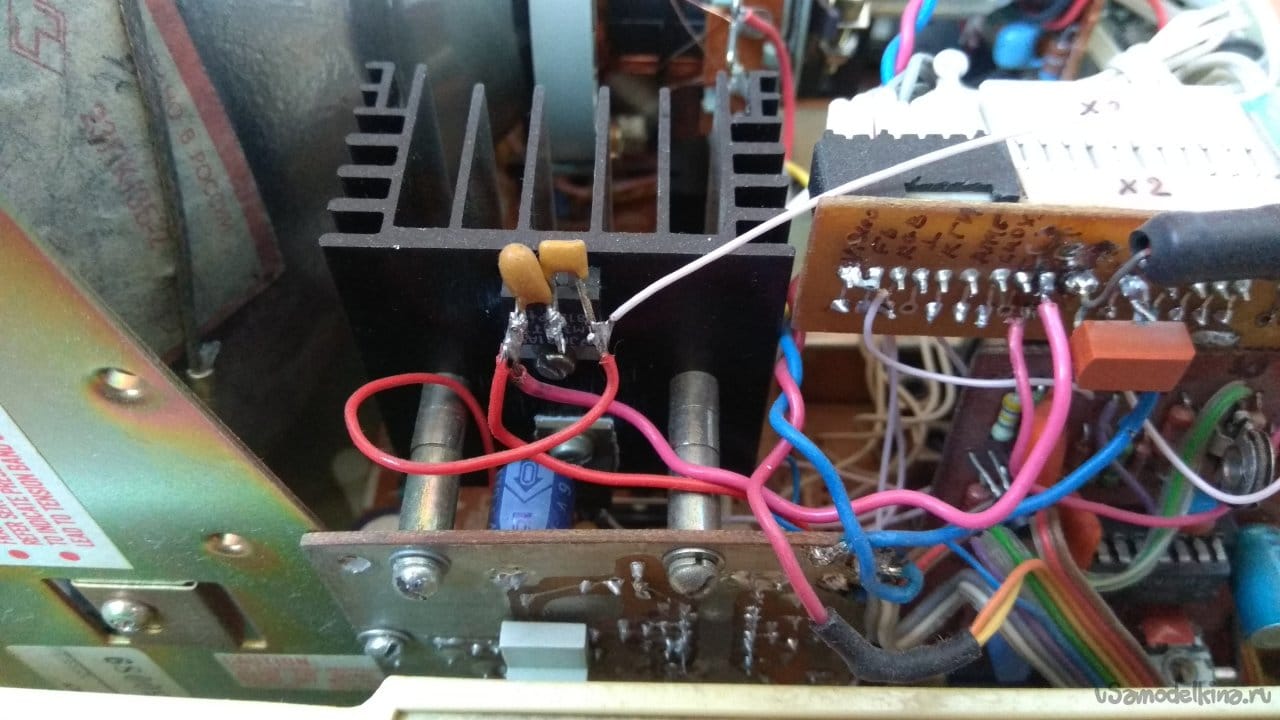 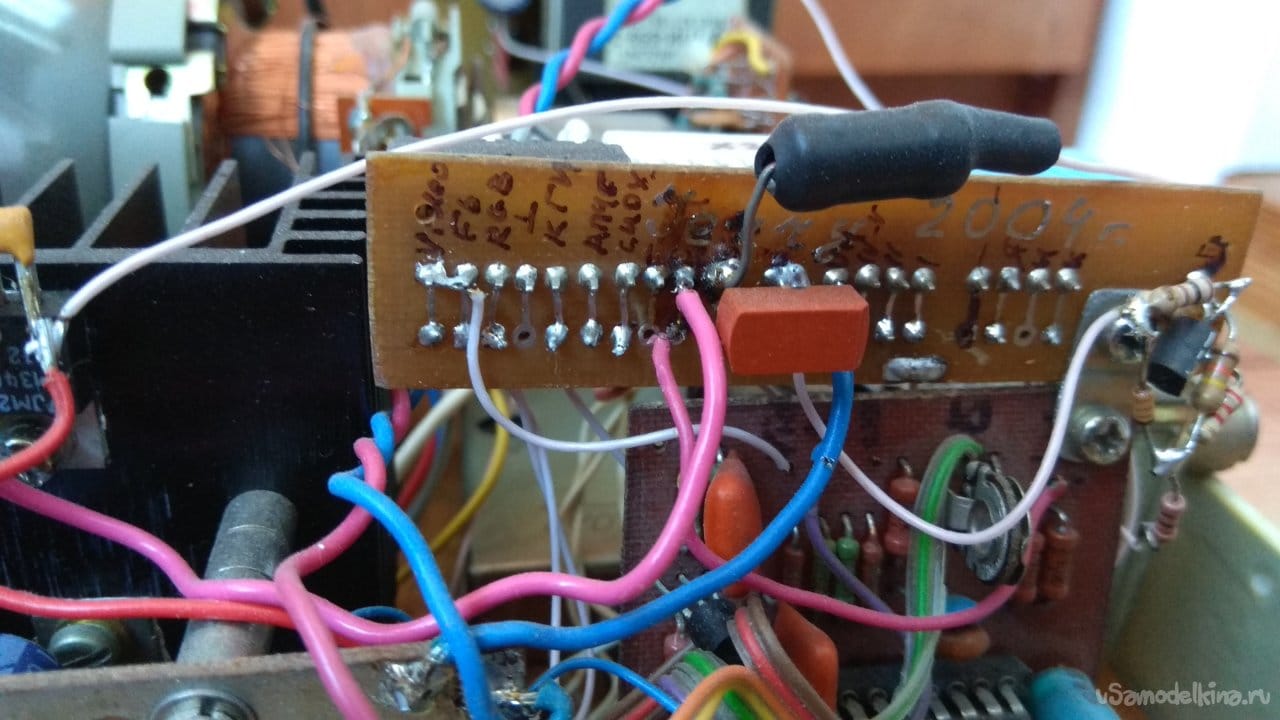 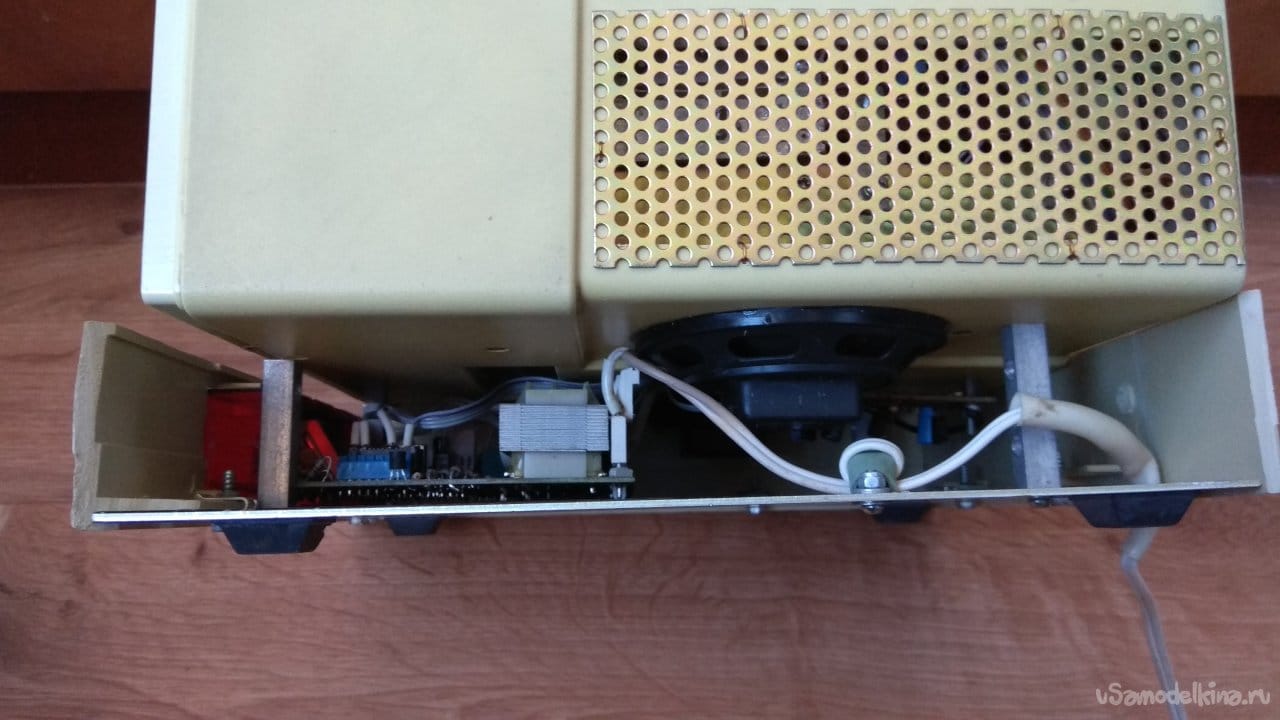 Tinkered a bit with the video adder to display remote control information. 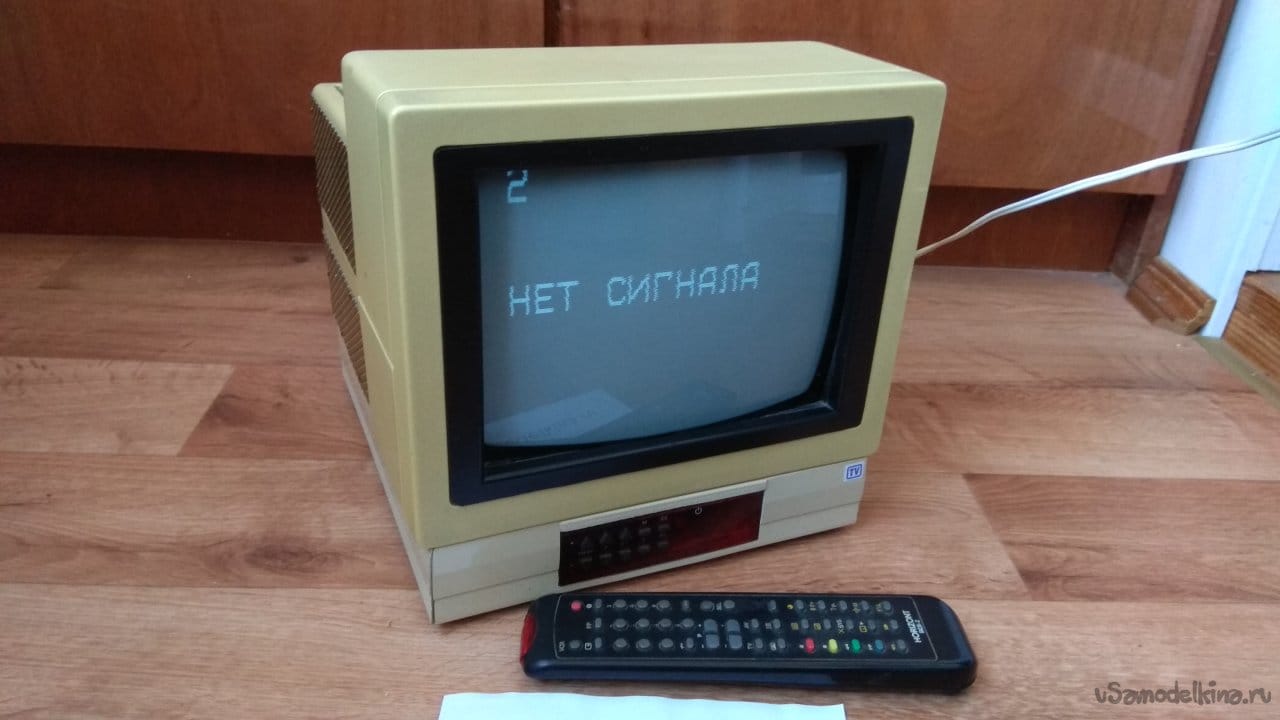 It remains only to figure out how power the TV. Today you can buy any switching power supply on Aliexpress. Then everything was more complicated. I tried to restore the power supply of an imported TV. There was no scheme again, I soldered the denominations of parts sometimes on a whim from what was available))). 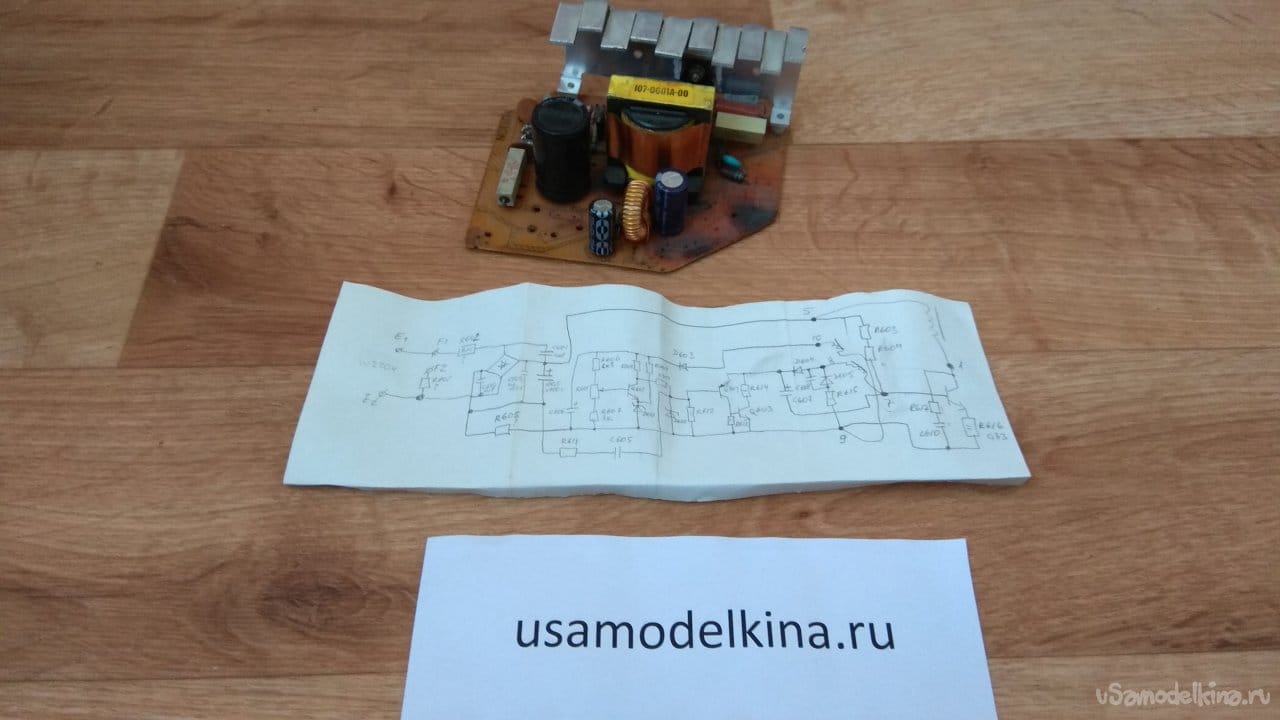 The power supply was working, but the power transistor I used was very hot. Nothing helped to lower his temperature. Looking again at the diagram of the Horizon-418 TV (and I, as a radio amateur, have always been interested in complex circuitry), I thought, why not make the same power supply as in it. The finished pulse transformer was sold at a radio store. I drew the board to fit into the monitor case. The power supply has been assembled and tested. He warmed himself much less than the previous one.
On the back of the TV, I brought out a connector for connecting an active antenna power supply. Now it turned on with the TV. 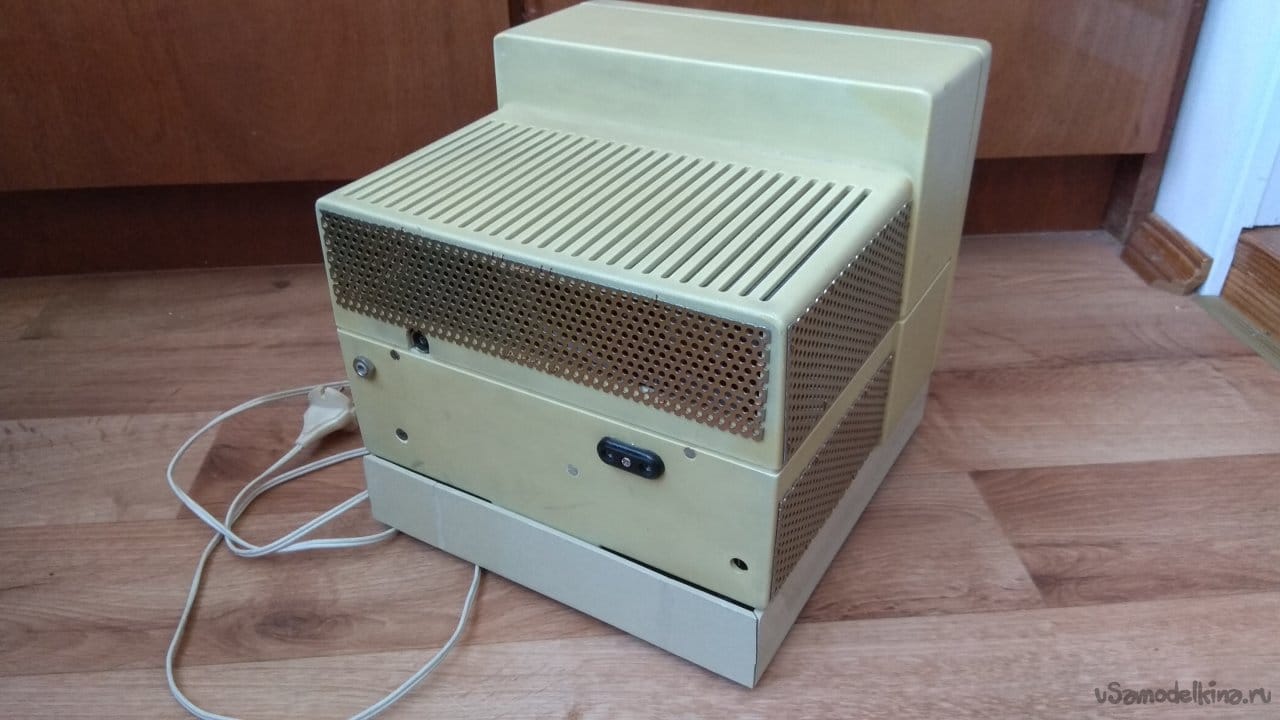 The TV case warmed up a little, because now there are much more heat sources in the monitor. I cut holes on the sides of the body and fastened with wire pieces of perforated plates. 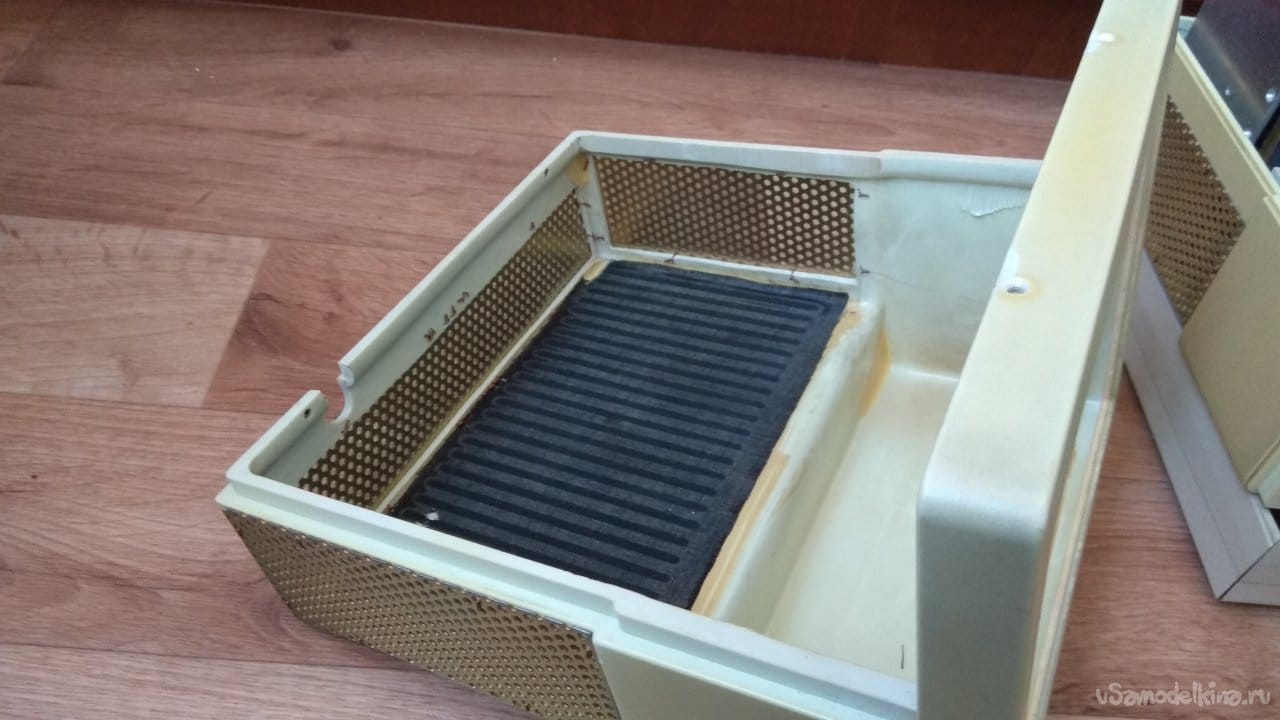 A home-made TV set served in the country for several years, until a new modern TV with a large diagonal of 29 inches and a frequency of 100 Hz was bought home, and an old color TV took the place of a home-made black-and-white TV. case looked for at least one analog channel. Empty… The era of analog television is over. 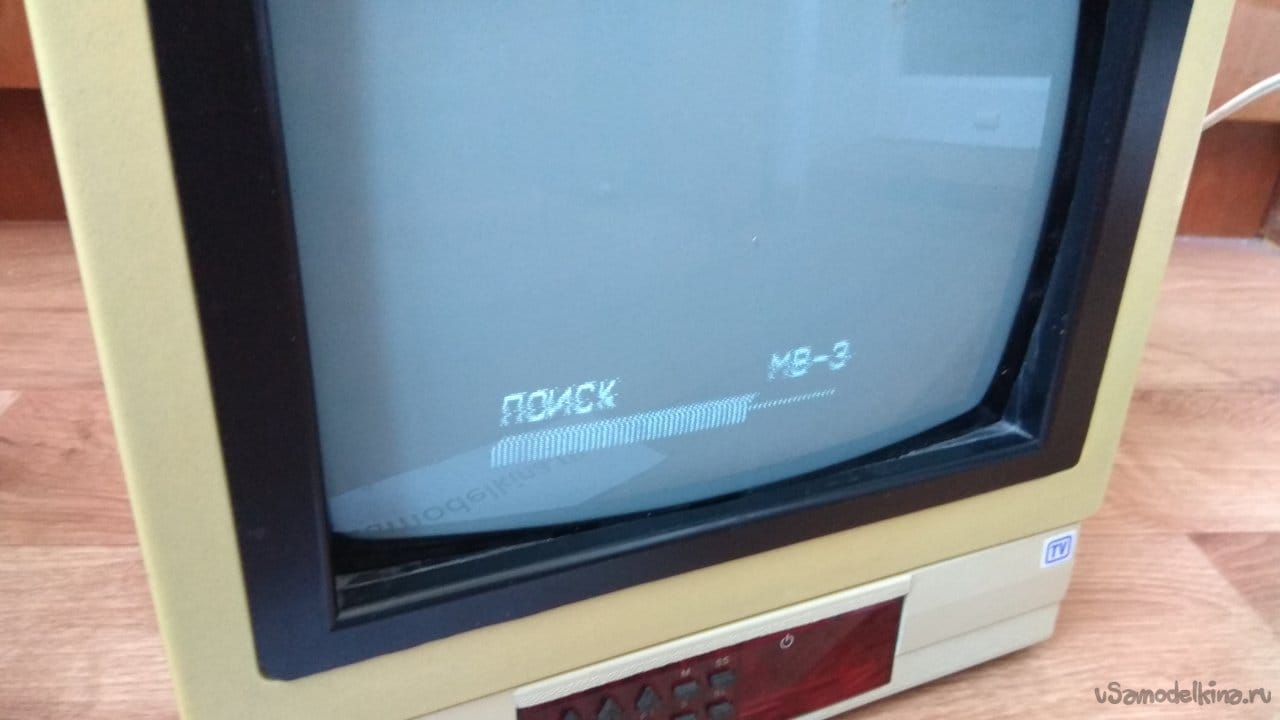 I will sell this homemade product or make it to order. Email me or leave comment for discussion details.

Cutting board, production without machines

Sculpture made of wood and epoxy resin