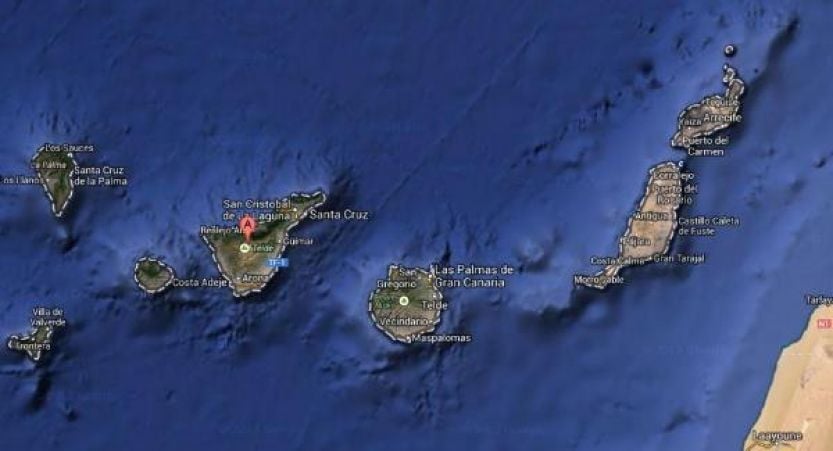 More than a third of the migrants perished on the increasingly busy route to Spain's Canary Islands. Screengrab: Google Maps.

More than 2,200 people perished at sea trying to reach Europe last year, more than a third on the increasingly busy route to Spain’s Canary Islands, the United Nation’s migration agency said on Friday.

The true toll is probably far higher as aid groups reported at least five “invisible shipwrecks” that were never confirmed as they left no survivors, the International Organisation for Migration (IOM) said.

“Of particular concern is the maritime route to the Canary Islands, which saw a marked increase in attempted crossings and deaths in 2020, despite the Covid-19 pandemic and ensuing travel restrictions,” it said.

The true crisis… is the lack of unified European Union and African policy aimed at safe, humane migration management

Nearly 850 lives were lost on the Canary Island route last year, the most ever recorded, with evidence suggesting Covid-19 prompted many hard-hit workers in fishing or agriculture to migrate, it said.

“The true crisis on maritime routes to Europe is the lack of unified European Union and African policy aimed at safe, humane migration management,” it added.

The route to the Canary Islands from Morocco and West Africa is extremely hazardous due to the length of the overseas journey and the difficulty in initiating search-and-rescue operations to cover the distance, the agency said.