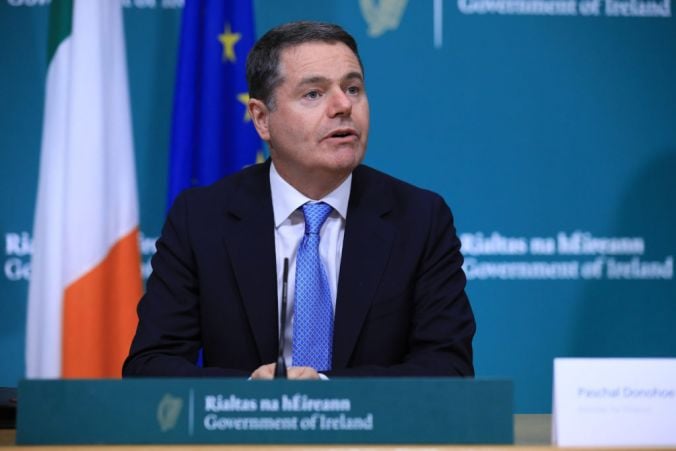 Ireland has completed the repayment of a £3.23 billion (€3.78 billion) loan given by the UK during the financial crisis in 2011.

The final repayment was confirmed by the National Treasury Management Agency (NTMA) on Friday.

The State borrowed the money as part of the EU-International Monetary Fund (IMF) bailout under a bilateral agreement.

Repayment of UK bilateral loan marks the completion of another step along our journey since exiting the EU-IMF financial assistance programme in December 2013 which is welcome https://t.co/0uVLW0a6Xj

Each portion was repayable after seven-and-a-half years, with the final payment being made on Friday.

Finance Minister Paschal Donohoe said: “I welcome the completion of the repayment of the UK bilateral loan today.

“This repayment marks the completion of another step along our journey since exiting the EU-IMF financial assistance programme in December 2013.”

Ireland considered an early repayment of the loan but would have incurred penalty charges for doing so.

An NTMA statement said it was “not in Ireland’s economic interest to repay the loan early”.

It means that four of the six lenders from Ireland’s €67.5 billion bailout programme have now been fully repaid.

Ireland made early repayments to the IMF of around €18 billion between December 2014 and March 2015.

The remainder of the balance, around €4.5 billion, was repaid in December 2017.

In addition, Ireland made full early repayments of loans from Sweden (€0.6 billion) and Denmark (€0.4 billion) in December 2017.

In 2010, then-UK chancellor George Osborne told the House of Commons it was in Britain’s interest to join a rescue package for the Irish economy, describing Ireland as “a friend in need”.

He told MPs: “We are doing this because it is overwhelmingly in Britain’s national interest that we have a stable Irish economy and banking system.

“The current Irish situation has become unsustainable. Their sovereign debt markets had effectively closed and had little prospect of reopening.”