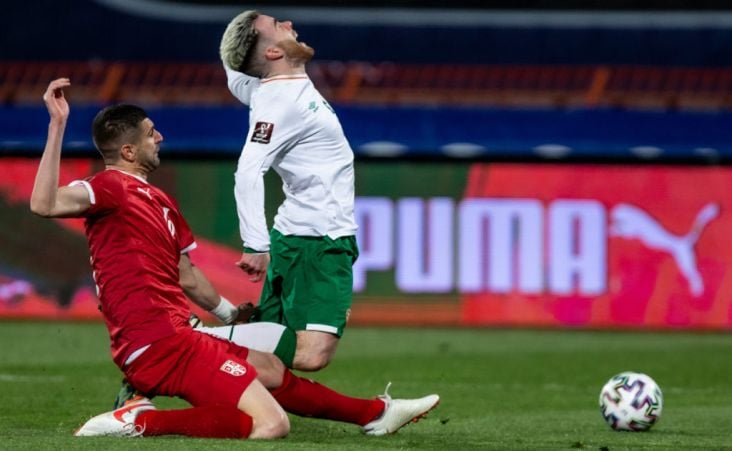 Aaron Connolly has been ruled out of Ireland’s World Cup qualifying clash against Luxemboug on Saturday.

It is a blow to manager Stephen Kenny ahead of the must-win game.

The Brighton forward will also miss the friendly against Qatar on Tuesday.

The FAI said: “Striker Aaron Connolly has been ruled out of the Luxembourg and Qatar matches through injury Connolly came off in the 3-2 defeat to Serbia and will now return to his club.”

Connolly wasn’t able to get on the score sheet in the 3-2 loss to Serbia but his movement was good and he helped to create a number of chances.

With the tie finely balanced at 1-1, Kenny was furious Ireland were not awarded a penalty after what looked like a foul on the 21-year-old.

He said: “That’s a penalty go to 2-1 up and we’re not losing the game at 2-1 up in the second half, that’s for sure. We’re not saying we definitely would have won it, but I don’t see us losing it.

“That’s a very pivotal moment in the game.”