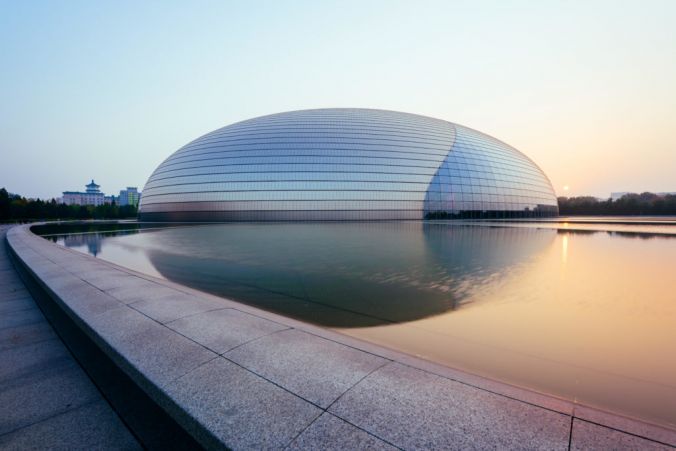 It might feel like yonks since we saw a live performance, but as we tentatively look forward to things reopening, attending plays, concerts and operas in person will (hopefully) be back on the cards soon.

In the meantime, we can still celebrate World Theatre Day (March 27) by ogling some of the globe’s more architecturally astounding buildings…

Precariously sat on steep cliffs, this open-air stone venue was built mainly by hand and is the work of master builder and artist Rowena Cade. She worked on creating and improving the theatre from 1929 until her death in 1983.

In normal, non-Covid times, over 250,000 people visit the Minack every year, with plays put on between May and September.

One of the most famous opera houses in the world, La Scala opened in 1778. The venue is steeped in musical history, from debuting operas by Giuseppe Verdi to having Arturo Toscanini as artistic director.

The neoclassical facade is striking, but it’s the interiors that really take your breath away. Extensively restored in the early 2000s, the main theatre is a cavernous, sumptuous space of red velvet and gold accents.

The Burgtheater is the national theatre of Austria. Its origins date back to the 1800s, moving to different sites over the years and rebuilt after being largely destroyed during World War II. It features an impressive facade decorated with figures of famous actors and playwrights such as Shakespeare, and the inside features ceiling paintings by Gustav Klimt.

Palacio de Bellas Artes is one of Mexico City’s most important cultural spaces.

The facade is intricate white marble topped off with ironwork domes, while the interior is home to murals from some of Mexico’s most famous artists, including Diego Rivera and Jose Clemente Orozco. It’s also home to the National Theatre, the National Museum of Architecture, and various other art spaces.

Known as The Giant Egg, the futuristic-looking National Centre for the Performing Arts was designed by French architect Paul Andreu. It’s a flat dome made out of glass and titanium, surrounded by an artificial lake that took five years to complete, and was opened in 2007. The interior is home to three venues: an opera house, concert hall and theatre.

Designed by Danish architect Jorn Utzon, you’re probably familiar with the striking, sail-inspired architecture of the Sydney Opera House, but how much do you know about its interiors?

Utzon’s plans for the interiors were never completed as he left the project following a change in government. Instead, the inside was overseen by Australian architect Peter Hall. Home to multiple performance spaces, it’s a modern mix of concrete, wood, glass and unusual shapes.

Built in 1913, the Winter Garden Theatre sits in the same building as the Elgin Theatre. They were Toronto’s top places for vaudeville theatre, but both closed in 1928 when the genre fell out of favour – only to reopen after extensive restorations in 1989.

The Winter Garden Theatre is an Instagrammer’s dream, as the ceiling is covered with dangling dried leaves and the walls painted with nature-inspired murals.

‘Acting was an accident’

8 ways a year of lockdowns has transformed our financial lives

‘Theatre has taught me a lot’