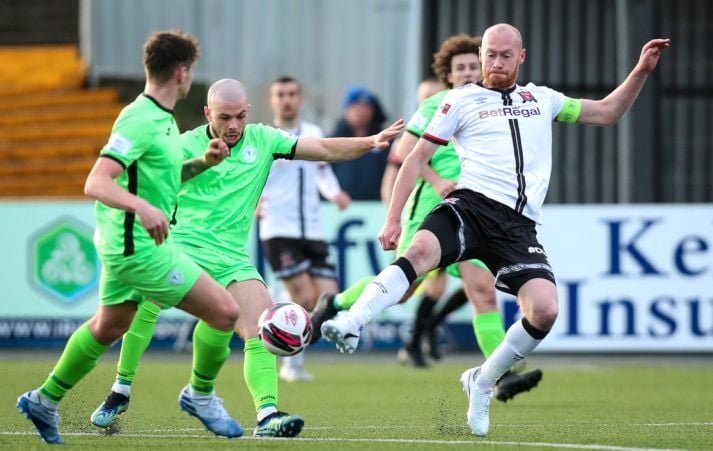 This evening’s League of Ireland action got underway in the Premier Division with a win for Finn Harps at Dundalk’s Oriel Park.

At half time after an early kick off, the visitors were one goal up against their hosts, after Adam Foley forced Alessio Abibi into a mistake in the 43rd minute.

Ollie Horgan’s side ultimately made it two wins from their first two games, beating Dundalk 2-1.

Things were tied one-all for the sides, after Romeo Parkes’ superb volley for Sligo cancelled out Cian Kavanagh’s early goal.

However, Jordan Gibson later made space at the edge of the Blues’ box and curled the ball into the top corner, scoring a win for the Rovers.

WHAT A FINISH @Gibson7_ pic.twitter.com/1n3fwJ597R

Meanwhile, the Leeside derby meeting of Cork City and Cobh Ramblers was perhaps pick of the games on the opening night of First Division action.

It was a win with three points for Cork, after Cian Bargary’s second half winner.

Bargary's second half winner gives us the three points on opening night!

The First Division scores are as follows: