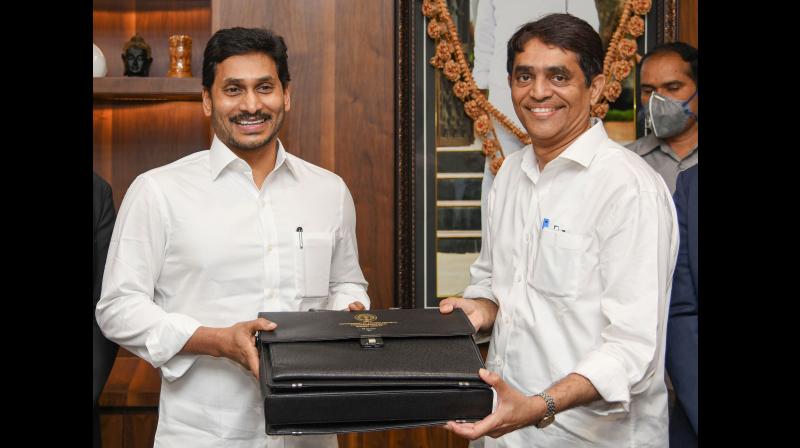 VIJAYAWADA: The Andhra Pradesh Cabinet has given its nod for the Vote on Account Budget for a period of three months, as the Budget meetings did not take place.

The Cabinet cleared the Budget ordinance with an estimate of Rs 90,000 crore and this would be sent to the Governor for approval. “The file has reached the CM and it is likely that the Ordinance will be approved in a day or two,” officials said.

This year's Budget meetings did not take place due to local body elections. The government will use the recommended amount for the disbursement of salaries and for the implementation of Navaratnalu schemes. The state aims to introduce a full-fledged budget in the assembly after the conclusion of the Mandal/Zilla Parishad elections, or in late May, or in June.

He claimed that no state and also the Union Government ever issued an ordinance for meeting urgent financial requirements, despite the ongoing assembly elections and Parliament by-elections. The YSRC government issued the ordinance which showed its lack of preparedness to conduct the budget session of the assembly.