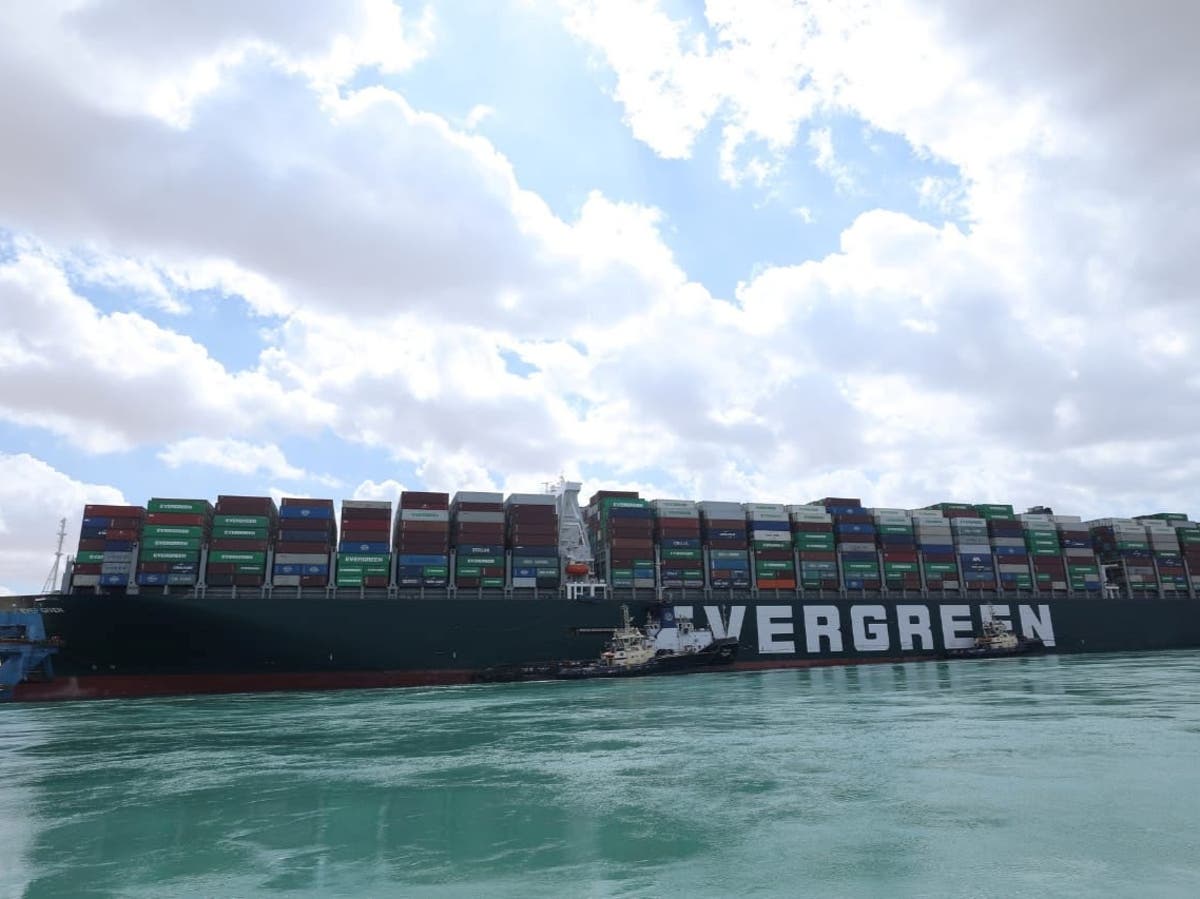 Egypt’s president, Abdel Fattah al-Sisi, has ordered preparations for lightening the cargo of the giant container ship grounded in the Suez Canal, the head of the canal’s authority told local media on Sunday.

The Ever Given container ship has been blocking the waterway since Tuesday and salvage teams have been hoping to free it using dredgers and tugs without unloading any of its cargo.

The Ever Given weighs roughly 200,000 metric tons and is capable of carrying 20,000 shipping containers.

Peter Berdowski, the chief executive of Boskalis – one of the salvage firms working on the rescue operation – spoke on the Dutch current affairs programme Nieuwsuur and explained that the weight of the vessel is what is stopping it from simply being pulled free.

The mammoth vessel currently has a queue of more than 300 ships waiting to pass.

So far, dredgers have been able to shift 27,000 cubic metres of sand – equating to a dept of 18 meters – but have not yet been able to move the ship, the SCA confirmed in a statement.

However, there are some signs of positive movement, Mr Rabie said.

“The rudder was not moving and it is now moving, the propeller is working now, there was no water underneath the bow, and now there is water under it, and yesterday there was a four-metre deviation in the bow and the stern,” Mr Rabie explained.

However, two SCA sources told Reuters that a mass of rock had been found at the bow of the ship, complicating salvage efforts.

Now, attention seems to be turning to the Plan B operation: lightening the load of the Ever Given in the hope that that will enable the ship to shift more significantly.

A timeline has not yet been given for this new approach, but Dutch firm Smit Salvage has already been considering whether some of the Ever Given’s 18,300 containers will need to be removed by crane in order to refloat it, with Egypt’s president giving permission for this course of action.

Experts have warned that such a process could be complex and lengthy.

If the blockage drags on, shippers may decide to reroute their cargoes around the Cape of Good Hope, adding about two weeks to journeys and extra fuel costs.