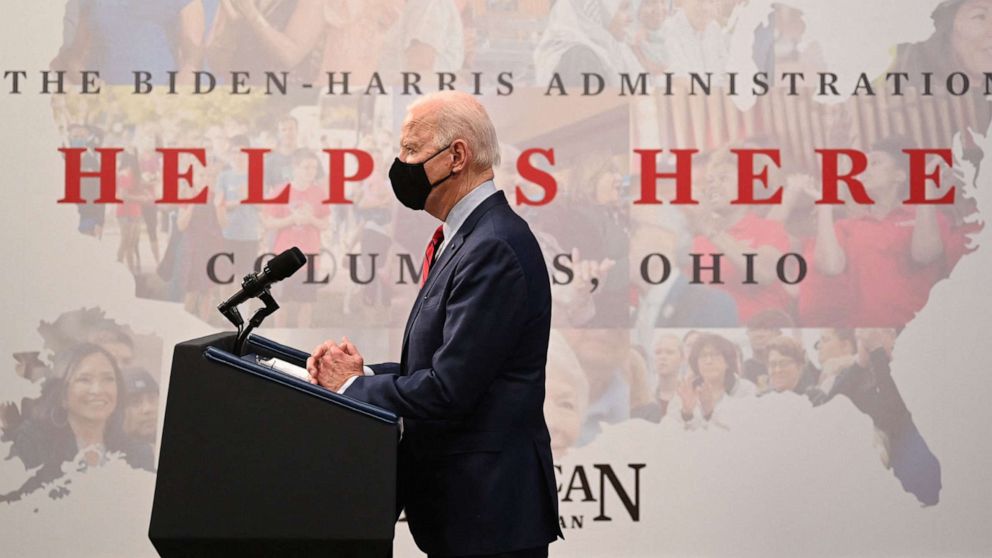 We’ve been through thoughts and prayers and now-is-not-the-time statements, just as we’ve seen pledges that this time will be different, turn out no differently at all.

It’s not too dissimilar from the politics of immigration reform. The flood of migrants at the border has sparked far more discussion about what the Biden administration should be doing than what Congress might try to do.

After the Colorado shooting, Biden signaled that he’s sick of waiting: “I don’t need to wait another minute, let alone an hour, to take common sense steps that will save the lives in the future,” the president said Tuesday.

White House officials say executive actions are on the table, to address “not just gun-safety measures but violence in communities,” according to White House press secretary Jen Psaki.

Sens. Joe Manchin and Pat Toomey, co-authors of the most recent background-check bill that had a chance at passing, want to revive efforts that withered eight years ago in the Senate. But they aren’t supporting the bills passed in the House last week.

It’s early in a presidency for a president to turn to the pen, and Biden is not giving up hope of moving Congress to act on guns or any number of other fronts. But crisis moments are still showing no real signs of shifting congressional dynamics, making for a stubborn and familiar refrain.

In a 50-50 Senate any dissenting Democrat wields significant power and on Tuesday it was Sen. Tammy Duckworth flexing her muscle, citing a lack of Asian Americans and Pacific Islanders representation in Biden’s Cabinet.

The Illinois Democrat, who was floated as both a potential vice president and Cabinet secretary, told reporters she wouldn’t vote for non-diverse candidates in Senate-confirmed roles.

“After six months I’ve been giving them names of people, many well-qualified AAPIs who never even got a phone call,” said Duckworth. She later clarified, “I will vote for racial minorities and I will vote for LGBTQ, but anybody else — I’m not voting for.”

Biden’s Cabinet is historically diverse with more women and people of color than any of his predecessors. Vice President Kamala Harris is of Indian descent and though U.S. Trade Representative Katherine Tai is a member of the Cabinet, she isn’t technically a Cabinet secretary.

Biden’s nominee for the Cabinet-level position of Office of Management and Budget director, Neera Tanden, also of Indian descent, withdrew her nomination after facing bipartisan opposition over tweets. Duckworth said she was told Tanden’s replacement wouldn’t be from the AAPI community.

Duckworth said earlier this year that she was “profoundly disappointed” there were no AAPI Cabinet secretaries: “It sends two messages. One, that you’re not important to us, you’re not diverse enough,” she said in January. “The other is that you can be taken for granted.”

Duckworth told reporters she alerted White House officials of her stance Tuesday, sending the administration the clear message it can’t take her support for granted. Nor can it count on Sen. Mazie Hirono, who said she’d be joining Duckworth. It’s a serious hurdle for the Biden White House as it seeks to round out Senate confirmations.

Just one of the four remaining 2021 special election contests is poised to test the early political landscape of the Biden era, while also putting the GOP’s divide over former President Donald Trump’s legacy in the spotlight. Over the course of the next month, a field of 23 candidates will compete amid those stakes to replace the late Texas congressman Ron Wright who represented the state’s 6th Congressional District before he died from complications related to COVID-19.

In November, Wright defended his seat by nearly 10 points, giving the current Republican hopefuls confidence in being able to keep the district red. But those prospects get a little murky for Trump-aligned candidates when considering the former president’s narrow 51% to 48% 2020 victory across the district just a few months ago as outlined by the Cook Political report.

For the few candidates who worked in the Trump administration — including Brian Harrison, the former chief of staff at the Department of Health and Human Services, as well as Sery Kim, a former assistant administrator in the Small Business Administration — the numbers indicate the need for a messaging balancing act on the campaign trail. Meanwhile, the political taste test in an emerging battleground also offers an opportunity for candidates who want to move the party away from Trumpism to capitalize on the electorate’s apparent tentative ties to the former president.

On Tuesday, Rep. Adam Kinzinger highlighted that possibility with his first non-incumbent endorsement of Marine veteran Michael Wood as part of his “Country First” political movement that seeks to push Republicans away from the Trump-era in upcoming elections. For his part, Wood affirmed Kinzinger’s goals, and praised the Illinois congressman as “a strong voice for returning the Republican Party to its focus on conservative principles and policy solutions rather than the interests of one man.”

ABC News’ “Start Here” podcast. Wednesday morning’s episode features ABC News Chief National Correspondent Matt Gutman and Chief Investigative Reporter Josh Margolin — the two bring us the latest on the deadly shooting in Boulder, Colorado, and tell us why gun violence has been on the rise over the last year. Then ABC News’ Whitney Lloyd tells us what we need to know about the full jury that will hear arguments in the Derek Chauvin trial next week. http://apple.co/2HPocUL

ABC News’ “Powerhouse Politics” podcast. CNN’s Don Lemon talks to ABC News Political Director Rick Klein and Chief Washington Correspondent Jonathan Karl about his new book, “This Is the Fire: What I Say to My Friends About Racism.” https://bit.ly/3oMKdUP

Sasikala will not be re-inducted in AIADMK: D Jayakumar