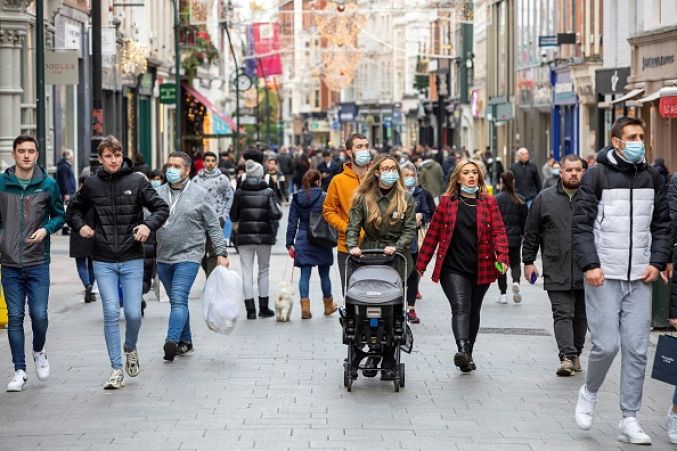 The economy is expected to grow by 3.1 per cent according to employers’ group Ibec, despite the impact of Covid-19 restrictions.

The group’s latest quarterly outlook shows a reduction from the 5.3 per cent growth in gross domestic product (GDP) predicted earlier this year, however consumer spending is expected to increase by 9 per cent in 2021, according to The Irish Times.

Ibec said ongoing restrictions will have significantly reduced economic growth for the year, however, the continued rollout of the vaccine will play a considerable roll in the economy’s recovery.

Over €8 billion is estimated to be spent when restrictions ease due to pent-up demand and the group predict a strong and rapid recovery in the second half of this year.

Ibec’s chief economist Ger Brady told Newstalk household savings are now equal in value to the SSIA state schemes of the Celtic Tiger years, which could drive a consumer spending spree when the economy reopens.

“There is a cause for optimism from the second quarter onwards. The Government have outlined that they expect to get about one million vaccines a month for the next three months,” Mr Brady said.

“As the vaccine rolls out, and if the vaccine rollout is efficient, we think that those timelines could allow for some kind of unwinding of lockdown measures and the start of a strong economic recovery later in the year,” he added.