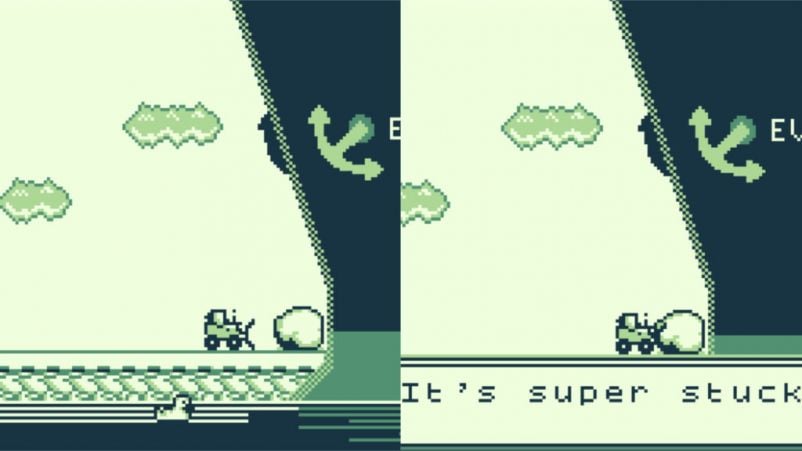 The game – which only has three controls – allows users to try to free the boat, with the message “it’s super stuck” appearing when attempted.

A Twitter user has created a video game to capture the “gargantuan” task of freeing the Ever Given boat from where it is stuck in Egypt’s Suez Canal.

The game – which only has three controls – allows users to try to free the boat, with the message “it’s super stuck” appearing when attempted.

Eric Wilder, who designed the game in around two hours, told the PA news agency that users play “as a tiny bulldozer, given the gargantuan task of freeing it.”

Idk why I made this. But you can play it here: https://t.co/pqcbnChoP5 pic.twitter.com/Gi8QifnvN1

On Wednesday morning, Mr Wilder, a book cover designer from Rochester, New York, said the game had amassed 38,000 views and 10,000 gameplays since he launched it on Friday.

He told PA: “I saw a number of memes going around featuring the boat and bulldozer and thought it was so funny.

“I knew I could spin it into quick game – I’ve taken up retro game development as a pandemic hobby.

“It took me a little over two hours to put together.”

The Ever Given, a skyscraper-sized container ship that carries cargo between Asia and Europe, became stuck on Tuesday in the narrow man-made canal.

Photos showed the ship’s bow touching the eastern wall of the canal, while its stern looked lodged against the western wall, in an event that experts said they had never seen before in the Suez Canal’s 150-year history.

The ship remains stuck in the canal despite several attempts to free it, and it is unclear when the route, through which around 10% of world trade flows, will reopen.

Mr Wilder told PA: “Perhaps when the barge breaks free I’ll update the game with a new version where you can set the boat on its way.”